Mike Malinin net worth: Mike Malinin is an American musician who has a net worth of $10 million. Mike Malinin was born in Washington, D.C. in October 1967. He is best known for being the drummer of the band Goo Goo Dolls. He started playing and studying drums at a young age.

Malinin attended the University of North Texas where he played in many bands. He dropped out of college and moved to Los Angeles, California and played in many bands including Careless. Malinin joined the Goo Goo Dolls in January 1995 as a replacement for drummer George Tutuska. He left the band in December 2013 but while he was part of the Goo Goo Dolls they released six studio albums including 1995's 2x Platinum A Boy Named Goo and 1998'2 3x Platinum Dizzy Up the Girl. During his time with the band, the Goo Goo Dolls had the hit singles "Name", "Naked", "Long Way Down", "Lazy Eye", "Iris", "Slide", "Dizzy", "Black Balloon", "Broadway", "Here Is Gone", "Big Machine", "Sympathy", "Give a Little Bit", "Better Days", "Stay with You", "Let Love In", "Before It's Too Late", "Real", "Home", "Notbroken", "All That You Are", "Rebel Beat", and "Come to Me". Goo Goo Dolls have been nominated for four Grammy Awards and were inducted into the Guitar Center RockWalk Hall of Fame in 2013. He has a side project called FORTY MARSHAS which has released two studio albums. After leaving the Goo Goo Dolls Mike started playing for country singer-songwriter Kristian Bush. Malinin is an ultra-marathon runner and has competed in 100 mile races. 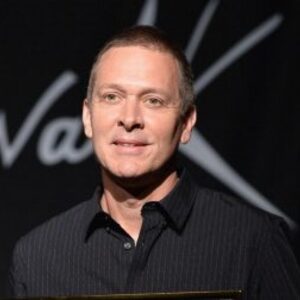