What is Mike Dirnt's Net Worth?

Mike Dirnt is an American rock musician who has a net worth of $60 million. Mike Dirnt is best known as the co-founder, bassist, and sometime lyricist and lead vocalist of the band Green Day. He has also played in a number of other bands, including the Network, the Frustrators, and Screeching Weasel. Dirnt's name comes from an onomatopoeic nickname his friends gave him in elementary school, deriving from the sound he made while playing air guitar.

Mike Dirnt was born as Michael Ryan Pritchard on May 4, 1972 in Oakland, California. As a kid he would make the noise "dirnt, dirnt, dirnt", while pretending to pluck the strings on an "air-bass', thus he earned the nickname "Mike Dirnt". He and his sister Myla were raised by their adoptive mother while their father was frequently away working toward a college degree. Eventually, their parents divorced. Dirnt subsequently moved in with his father in El Sobrante, but shortly after returned to his mother and sister, who had relocated to Rodeo.

Dirnt went to Carquinez Middle School, where he befriended his future Green Day band mate Billie Joe Armstrong; the two played guitar together as kids and spent time learning songs by such artists as Def Leppard, the Who, Van Halen, and the Ramones. Dirnt went on to attend the all-boys Catholic school Salesian High School for a year before transferring to Pinole Valley High School, where he reunited with Armstrong. To help his financially struggling family during this time, Dirnt worked as a chef at a seafood restaurant. He subsequently drove to Berkeley with Armstrong, where the pair landed jobs as security guards at the DIY punk club 924 Gilman Street.

While they were both attending Pinole Valley High School, Dirnt and Armstrong formed the band Sweet Children with Raj Punjabi; they eventually added drummer John Kiffmeyer and bassist Sean Hughes. The band performed at 924 Gilman Street in Berkeley, and had such success that Armstrong dropped out of high school to focus on his career in music. Dirnt, however, continued on in his studies. Eventually, Sweet Children changed its name to Green Day, and released its debut album, "39/Smooth," in 1990.

After drummer Tré Cool replaced John Kiffmeyer, Green Day released its second album, "Kerplunk," in 1991. Three years later, the band had its breakthrough with "Dookie," which won the Grammy Award for Best Alternative Album and became Green Day's best-selling album. The band followed this success with "Insomniac," "Nimrod," and "Warning." In 2004, Green Day had one of its most notable hits with the rock opera album "American Idiot," which reached number one on the Billboard 200 and won a Grammy for Best Rock Album. The band had another huge success in 2009 with "21st Century Breakdown." This was followed by a trilogy of albums entitled "¡Uno!," "¡Dos!," and "¡Tré!" Green Day's subsequent albums include "Revolution Radio," which debuted at number one on the Billboard 200, and "Father of All Motherfuckers," the group's final album to be released through Reprise Records. 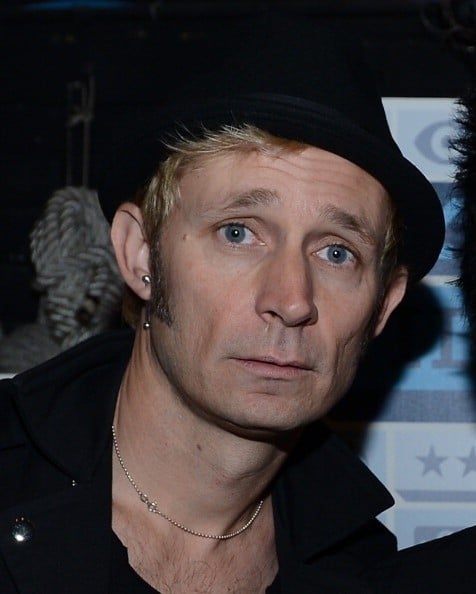 In the summer of 2003, Dirnt helped form a secret Green Day side project called the Network, a six-piece new wave band comprising both the members of Green Day and friends and touring collaborators. The Network released its debut album, "Money Money 2020," in September. Following a 17-year hiatus, it released its second album, "Money Money 2020 Part II: We Told Ya So!" Dirnt plays bass in the band, and also provides lead vocals on a number of tracks.

Along with his fellow Green Day band mates, Dirnt created another side project, called Foxboro Hot Tubs, in 2007. The band also features touring members Jason Freese, Kevin Preston, and Jason White. Foxboro Hot Tubs released its debut album, "Stop Drop and Roll!!!," in 2008. Among his other side projects, Dirnt is a member of the bands the Frustrators, Screeching Weasel, and Squirtgun.

In 1998, Dirnt had a frightening moment at the annual KROQ Weenie Roast, a multi-artist music concert held in Southern California. There, Third Eye Blind bassist Arion Salazar ran onstage to hug Dirnt, who was unprepared for the contact. The incident grew into an on-stage altercation that forced security to haul Salazar away. Following the performance, Dirnt confronted Salazar backstage, leading to an argument in which Dirnt was struck in the head by a beer bottle, causing a minor skull fracture.

Dirnt has been married multiple times. In 1996, he wed his first wife, Anastasia Serman; they had a daughter named Estelle, and divorced in 1999. Five years later, Dirnt married Sarah Garrity, whom he divorced the same year. Next, in 2009, he wed Brittney Cade; the couple has two children, a son named Brixton and a daughter named Ryan.

On the business side of things, Dirnt is a part-owner of the diner Rudy's Can't Fail Café in Oakland and Emeryville. The eatery features menu items based on punk themes; for instance, God Save the Chicken, which alludes to the Sex Pistols song "God Save the Queen." In December of 2015, Dirnt and Armstrong announced the launch of their own coffee company, Oakland Coffee Works, which sells organic beans and uses 100% compostable pods and bags.

Over the decades Mike has owned at least three homes in Ojai, California, a home in Newport Beach and a home in Montecito. 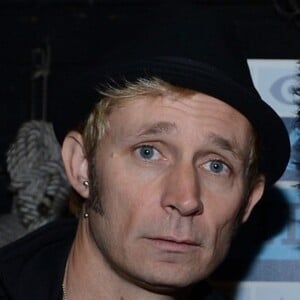