Åkerfeldt is known for his progressive rock-influenced songwriting style as well has his combined use of both clean baritone and growling vocals. His stage persona has him interacting with the audiences and frequently making them laugh with his dry humor. He was ranked 9th in the book The 100 Greatest Guitarists of All Time by Guitar World and #11 among The Top 25 Modern Metal Guitarists on MetalSucks. Åkerfeldt also has an affinity for playing acoustic guitars, a love he developed while working in a Stockholm, Sweden guitar shop. In September of 2009 he revealed that he would consider releasing a singer-songwriter acoustic solo album at some point. He is an avid collector of obscure '70s rock and heavy metal albums and tends to show the influence he gleaned from those obscure bands by making reference to them in such Opeth album titles as Blackwater Park, Still Life, My Arms and Your Hearse. In August 2003, Åkerfeldt married longtime girlfriend Anna Sandberg and in 2004 Anna gave birth to their daughter Melinda. The couple had a second daughter in October 2007 and named her Mirjam Ebba Maria. 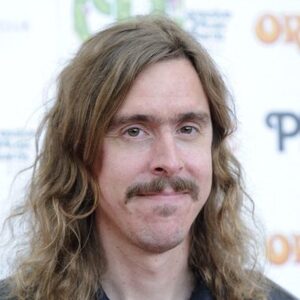