Mickey Leigh net worth: Mickey Leigh is an American musician and writer who has a net worth of $2 million. He is best known for being the brother of Joey Ramone.

Mickey Leigh was born in Forest Hills, New York in July 1954. He plays guitar and keyboards. He is the brother of the lead vocalist of the band Ramones, Joey Ramone. Mickey Leigh was never in the band Ramones. He started his first band at 10 years old and played with two of the Ramones at 14. He formed the band Birdland in 1977 and they released the album Birdland with Lester Bangs in 1986. Leigh went on to form the band The Rattlers who released their album Rattled! in 1985. He formed the band Sibling Rivalry with his brother Joey in 1994 and then recorded an album called Never with his band STOP in 1996. Mickey Leigh authored the book I Slept with Joey Ramone: A Family Memoir in 2009. 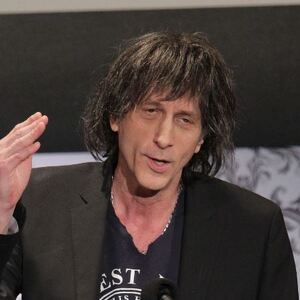