What Is Mickey Hart's Net Worth?

Hart has also published the books "Drumming at the Edge of Magic: A Journey into the Spirit of Percussion" (1990), "Planet Drum: A Celebration of Percussion and Rhythm" (1991), "Spirit into Sound: The Magic of Music" (1999), and "Songcatchers: In Search of the World's Music" (2003). Hart and his fellow Grateful Dead members were inducted into the Rock and Roll Hall of Fame in 1994, and in 2016, he was ranked #34 (along with Kreutzmann) on "Rolling Stone" magazine's "100 Greatest Drummers of All Time" list.

Mickey Hart was born Michael Steven Hartman on September 11, 1943, in Brooklyn, New York. He grew up in Inwood, New York, with his mother, Leah, who was a drummer, bookkeeper, and gown maker. Hart's father, Lenny, was a champion rudimental drummer, and he left the family when Mickey was a toddler. Hart was interested in percussion when he was in grade school, and he has said "From the age of ten, all I did was drum." Hart attended Lawrence High School, where he was first chair in the All State Band, but he dropped out during his senior year. In 1961, he enlisted in the U.S. Air Force and joined the big band unit The Airmen of Note. Mickey  was stationed in Europe for more than three years, and during his time in the military, he formed the band Joe and the Jaguars with one of his fellow servicemen, Joe Bennett. After leaving the Air Force, Hart eventually reconciled with his father, and the two opened the Hart Music Center in San Carlos, California. In the mid-1960s, Mickey was a member of the band William Penn and His Pals, and in 1967, he met Grateful Dead drummer Bill Kreutzmann at a Count Basie Orchestra performance in San Francisco.

Hart became a member of the Grateful Dead in September 1967, and he performed on the albums "Anthem of the Sun" (1968), "Aoxomoxoa" (1969), "Live/Dead" (1969), "Workingman's Dead" (1970), and "American Beauty" (1970) before leaving the band in February 1971 due to the fact that his father embezzled $70,000 from them during his brief time as the band's manager. Mickey released his debut solo album, "Rolling Thunder," in 1972, and in October 1974, he returned to the Grateful Dead for their final concert before the band went on hiatus. He formally rejoined the band in 1976 and remained with them until the group disbanded in 1995 after the death of Jerry Garcia. Hart has collaborated with his former bandmates in The Dead, The Other Ones, and Dead & Company. In 1976, Mickey released the album "Diga" with the Diga Rhythm Band, and in 1983, he teamed up with Flora Purim and Airto Moreira for "Däfos" and with Henry Wolff and Nancy Hennings for "Yamantaka." He released the solo albums "Music to Be Born By" (1989) and "At the Edge" (1990), and 1991's "Planet Drum" spent 26 weeks at #1 on the "Billboard" World Music chart and earned Hart a Grammy (the first one ever awarded in the Best World Music Album category). 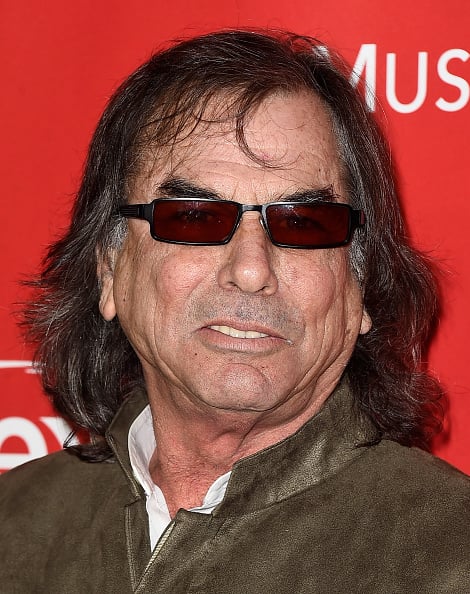 Mickey released the albums "Mickey Hart's Mystery Box" (1996), "Supralingua" (1998), "Spirit into Sound" (1999), and "The Best of Mickey Hart: Over the Edge and Back" (2002), and in 2000, he joined the Institute for Music and Neurologic Function's Board of Directors. The organization offers "groundbreaking music therapy programs to restore, maintain and improve patients' physical, emotional and neurological function through the methodical use of music," and Hart was honored with the Music Has Power Award in 2003. In 2005, he formed the Hydra Project with members of the jam band Particle, and the following year, he went on tour with the Rhythm Devils. In 2007, Mickey released the album "Global Drum Project" with Sikiru Adepoju, Zakir Hussain, and Giovanni Hidalgo, and in 2010, his composition "Rhythms of the Universe" debuted at the Cosmology on the Beach conference. "Rhythms of the Universe" is based on astrophysical data and "musically play[s] with the fabric of the universe." The Mickey Hart Band released the album "Mysterium Tremendum" in 2012, followed by "Superorganism" in 2013. In 2015, the surviving members of the Grateful Dead performed several concerts in celebration of the band's 50th anniversary, and Mickey went on tour with Dead & Company. In 2017, he released the solo album "RAMU," and in recent years, several museums have showcased his "Vibrational Expressionism" artwork.

Mickey married his wife, Caryl, in 1990. Caryl is a lawyer/environmental activist, and she was formerly the Sonoma County Regional Parks Director. The couple has welcomed two children, Taro and Reya, together, and Hart used a recording of Taro's heartbeat (in utero) on his 1989 album "Music to Be Born By." Mickey is Jewish, and he performed at the Jerusalem Sacred Music Festival in 2013. Hart has been involved with helping to preserve global musical traditions that might go extinct, working with ethnomusicologists and archivists at the Smithsonian Institution's Center for Folklife and Cultural Heritage and the Library of Congress' American Folklife Center. He is a member of the American Folklife Center's Board of Trustees as well as the Library of Congress National Recorded Sound Preservation Board.

The Grateful Dead received a Grammy Lifetime Achievement Award in 2007. Hart has been nominated for three Grammys, winning Best World Music Album for "Planet Drum" in 1992 and Best Contemporary World Music Album for "Global Drum Project" in 2009. His other Grammy nomination was for Best Spoken Word Album for Children for "Aladdin And The Magic Lamp" (1995). "Rolling Stone" magazine ranked the Grateful Dead #57 on its 2004 list of the "100 Greatest Artists of All Time," and in 2011, a recording of a 1977 Grateful Dead concert at Cornell University's Barton Hall was inducted into the Library of Congress' National Recording Registry.