Mickey Avalon Net Worth: Mickey Avalon is an American rapper who has a net worth of $9 million. Born Yeshe Perl in Hollywood, California, in 1975, Mickey Avalon grew up with a drug-dealing mother and heroin-addicted father, and battled his own addictions. When he was 19, he took his father off life support after his dad was involved in a drunk driving crash.

Avalon soon moved to Oregon with his wife and daughter, then moved in with his sister with the idea they could both use each other to overcome their drug addictions. Avalon's sister, however, overdosed and died from heroin, and Avalon moved to Los Angeles to pursue a music career. He began collaborating with former VJ Simon Rex and went under the stage name "The Relevant". Avalon's self-tilted debut album released in 2006 with singles "Mr. Right" and "Jane Fonda" before he landed a gig in a Boost Mobile commercial. His second effort, "LOADED", dropped in 2012 with Suburban Noize Records. He was part of the group Dyslexic Speedreaders, who released music from 2004 to 2009; their last song, "What Do You Say," was featured in the blockbuster film "The Hangover". Avalon has attracted attention for his behavior on stage, getting booed off while opening for the Red Hot Chili Peppers in 2007, and later having a food fight with an audience in the Netherlands. 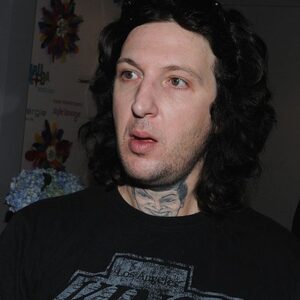