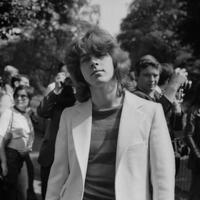 What Is Mick Taylor's Net Worth?

Mick Taylor is an English guitarist who has a net worth of $300 thousand. Mick Taylor is best known for being a member of the Rolling Stones from 1969 to 1974, and he was in the band John Mayall's Bluesbreakers in the late '60s. In 2009, Mick announced he was nearly broke, and "The Guardian" reported that he was going to pursue legal action against his former bandmates. Taylor claimed that the Rolling Stones had withheld millions of dollars worth of royalties that he earned over the last 20 years, but a week after "The Guardian" article, he denied that he was planning to file a lawsuit.

With the Rolling Stones, Mick has released the studio albums "Let It Bleed" (1969), "Sticky Fingers" (1971), "Exile on Main St." (1972), "Goats Head Soup" (1973) and "It's Only Rock 'n Roll" (1974) and the live album "Get Yer Ya-Ya's Out!: The Rolling Stones in Concert" (1970). Taylor's contribution to the band's sound during that time is considered by many to be the most important period of musical growth for the group. Since leaving the band, Mick has appeared as a guest artist at many of their concerts and has recorded additional tracks with them over the years.

Taylor has released the solo albums "Mick Taylor" (1979) and "A Stone's Throw" (1998), and he has collaborated on albums with Bob Dylan, Jack Bruce, and Carla Olson. In 1989, he was inducted into the Rock 'n Roll Hall of Fame with his former Rolling Stones bandmates.

Mick Taylor was born Michael Kevin Taylor on January 17, 1949, in Welwyn Garden City, England. He grew up in a working-class family in Hatfield, Hertfordshire, England, and his father was a fitter for the aircraft company De Havilland. When Mick was 9 years old, his uncle taught him to play guitar, and as a teenager, he formed bands such as the Strangers and The Juniors with his classmates. Taylor and some of his bandmates were recruited for the band The Gods, and they opened for Cream at a 1966 concert at Wembley's Starlite Ballroom. At the age of 16, Mick went to a John Mayall's Bluesbreakers show at Welwyn Garden City's "The Hop" Woodhall Community Centre, and when it became clear that the lead guitarist, Eric Clapton, wasn't going to show up, Taylor asked Mayall if he could fill in for Clapton. John agreed, and impressed by Mick's performance, Mayall asked Taylor to replace Peter Green after Green left the band to form Fleetwood Mac. Mick recorded the albums "Crusade" (1967) and "Bare Wires" (1968) with John Mayall's Bluesbreakers, and he also appeared on Mayall's 1968 solo album "Blues from Laurel Canyon." The Bluesbreakers disbanded in May 1968.


After Brian Jones left the Rolling Stones in mid-1969, Taylor was recommended to Mick Jagger by John Mayall and Ian Stewart. His debut with the band took place at Hyde Park, London, a free concert that ended up being a tribute to Jones, who had drowned two days earlier.

In late 1974, Mick left the Rolling Stones, and in an interview with Gary James, he stated:

"I was a bit peeved about not getting credit for a couple of songs, but that wasn't the whole reason. I guess I just felt like I had enough. I decided to leave and start a group with Jack Bruce. I never really felt, and I don't know why, but I never felt I was gonna stay with the Stones forever, even right from the beginning."

Taylor has collaborated with his former bandmates many times, and he performed with them as a guest during a few 2012 concerts and toured with them in 2013. 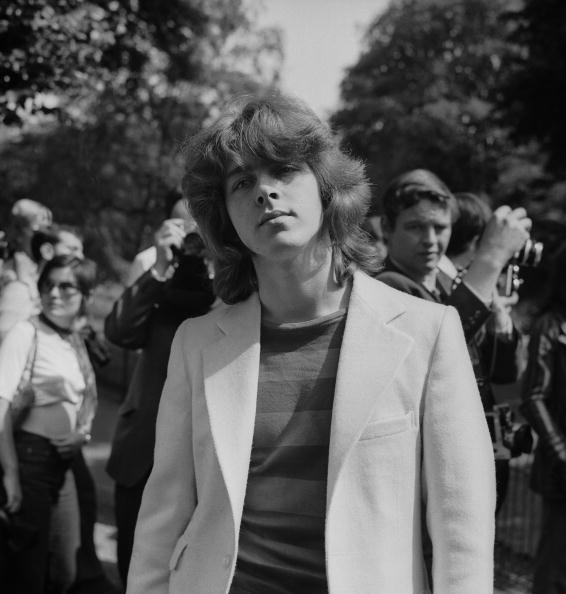 After The Rolling Stones

Mick welcomed a daughter, Chloe, with his then-wife Rose Millar in January 1971. He also has a daughter named Emma (born 1998) from a brief relationship with Susan McMinamin, an American woman who sang back-up with his band. When Susan was pregnant with Emma, she met musician Hans McMinamin, and the two got married and raised Emma together in Florida. Susan and Emma performed a duet on Susan's 2007 album "Another Place in Time," and Mick played slide guitar on the album. Taylor spent just over a month in rehab before reuniting with the Rolling Stones in 2012, and he told "Mojo" magazine, "I'd never done rehab properly in my life. It's a life-changing experience… But it can only really help you when you are ready to help yourself… I can only say that playing with them for 11 minutes each night completely re-energised me as a human being and as a performer."

While Taylor was with the Rolling Stones, the band won "NME" Awards for British Rhythm and Blues in 1964 and Best R&B Group in 1966, 1967, and 1968, and "(I Can't Get No) Satisfaction" was named Best New Disc of the Year in 1965. In 1998, Mick was inducted into the Guitar Center RockWalk in Hollywood, and his handprints were immortalized in the sidewalk on Sunset Boulevard. In 2011, "Rolling Stone" magazine ranked Taylor #37 on its "100 Greatest Guitarists" list.