What is Mick Mars' Net Worth?

Mick Mars is an American musician who has a net worth of $70 million dollars. Mick Mars is most widely known for being a co-founder and the lead guitarist for the band Mötley Crüe.

Mick Mars was diagnosed with ankylosing spondylitis in his late teens and it has lead to many health-related issues that have made it difficult for him to tour with the band over the last several years. Mars has also collaborated with a number of other artists throughout his career, including John LeCompt, Crashdïet, Hinder, and Black Smoke Trigger.

Mick Mars was born as Robert Alan Deal in the 1950s in Terre Haute, Indiana. Shortly after, he moved with his family to Huntington, Indiana, and later to Garden Grove, California. After dropping out of high school, he started playing guitar in a series of unsuccessful blues rock bands throughout the 70s. Among the bands he played with was Whitehorse, whose vocalist Micki Marz inspired his later name change. Growing tired of the California music scene, Mick Mars decided to reinvent himself, and dyed his hair jet black. In 1980, he put out an ad in the Los Angeles newspaper The Recycler, in which he described himself as a "loud, rude and aggressive guitar player." Musicians Tommy Lee and Nikki Sixx, who where in the midst of putting together a band, saw the ad and contacted Mars. After hearing him play, they hired him to be the guitarist of their new band Mötley Crüe.

In 1981, Mötley Crüe released its debut album, "Too Fast for Love," which spawned the singles "Stick to Your Guns" and "Live Wire." Despite only reaching number 77 on the Billboard 200 album chart, it ultimately earned platinum status in the US. The band's true breakthrough album, "Shout at the Devil," came in 1983; selling 200,000 copies in its first two weeks of release, it established Mötley Crüe as one of the major heavy metal acts of the 80s. The band shifted to a more glam metal style with its third studio album, "Theatre of Pain," which featured the hit singles "Smokin' in the Boys Room" and "Home Sweet Home." Moreover, the album reached number six on the US charts, and became certified quadruple platinum in 1995. Further success came with the albums "Girls, Girls, Girls" and "Dr. Feelgood," the latter of which is the band's best-selling album. After signing a $25 million contract with Elektra Records, Mötley Crüe released a self-titled album, which was then followed by "Generation Swine." In the 2000s, the band released "New Tattoo" and "Saints of Los Angeles."

Mick Mars and the other members of Mötley Crüe have earned a reputation for their decadent lifestyles and androgynous personae. The band has also been known for its elaborate live performances, which often feature rollercoaster drum kits, flamethrower guitars, and heavy pyrotechnics. Overall, Mötley Crüe has sold more than 100 million albums worldwide, with nine albums making it onto the top 10 of the Billboard 200. 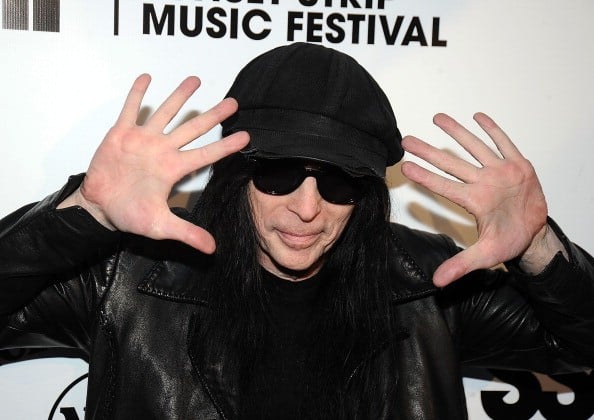 Beyond Mötley Crüe, Mick Mars has collaborated with a myriad of other musical artists in various capacities. He has contributed songwriting to former Evanescence band member John LeCompt, as well as to the Swedish band Crashdïet. On the latter band's second album, "The Unattractive Revolution," Mick Mars co-wrote two songs. Meanwhile, as a guitarist, he contributed to the title track of Hinder's 2008 album "Take it to the Limit." Mars also contributed guitar solos to Papa Roach's 2009 album "Metamorphosis" and Dilana's US debut album "Inside Out."

In 2010, Mick Mars co-wrote a song for Escape the Fate's eponymous album. The next year, he co-wrote Pop Evil's song "Boss's Daughter," and also made an appearance in its music video. Among his other collaborations, Mars was featured on Black Smoke Trigger's song "The Way I'm Wired" and Cory Marks' hit single "Outlaws & Outsiders."

Mick Mars wed his first wife, Sharon Deal, in 1970; they divorced three years later. In 1990, Mars married Emi Canyn, whom he divorced in 1993. Later, in 2007, he met and began dating Swiss model Seraina Fai Schonenberger, who is 33 years his junior. The two married in 2013, and live in Nashville, Tennessee.

Mars has struggled with a chronic, inflammatory form of arthritis for most of his professional career. Initially diagnosed when he was 17, the condition affects the pelvis and spine, and impairs movement. Additionally, it has caused scoliosis that has resulted in Mars being three inches shorter than he was in high school. In 2004, Mars underwent hip-replacement surgery to address the problem.

"Get as rude as possible and don't let anyone tell you how to live." – Mick Mars

"We spend a lot of extra money that we don't have to, you know, for the fans, just so they can make it more of an experience than a concert." 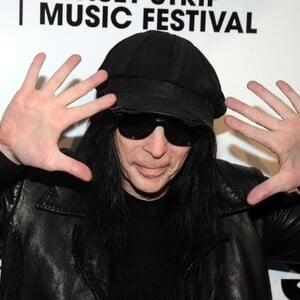