Mick Jones net worth: Mick Jones is an English songwriter and guitarist who has a net worth of $25 million dollars. Mick Jones is best known for his work in the band Foreigner. Two of the bands best selling songs are "I Want to Know What Love Is" and "Just Wanna Hold," which Jones wrote.

He also co-produced each of the band's albums over the years, from their start in 1976 through the early 1990s. He is also an in-demand record producer who has work with Van Halen on his 5150 album, Billy Joel on Storm Front, and Save the Last Dance for Me for Ben E. King. Other albums he has produced include Fame and Fortune for Bad Company, Dead, White and Blue for Flesh & Blood, and In Deep for Tina Arena. He has a large number of songs to his credit, including "Bad Love" with Eric Clapton and "On Her Mind" with Duncan Sheik. Jones has appeared with a number of bands since the demise of Foreigner, including Rhythm Kings with Bill Wyman. He started out as a member of Nero and the Gladiators in the early 1960s. After a period as a studio musician, he helped found Wonderwheel, and later a new edition of the band Spooky Tooth. Jones was born in Somerton in the county of Somerset in England in 1944. He was married to the writer and socialite Ann Dexter-Jones for 25 years, a union that produced two children. 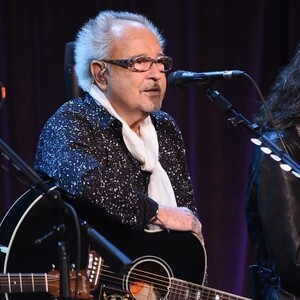