What is Mick Jagger's Net Worth?

Mick Jagger, also known as Sir Michael Philip Jagger, is an English singer, songwriter, actor and producer. Mick Jagger has a net worth of $500 million. Mick Jagger is best known as the lead vocalist of The Rolling Stones, a position he has held since the band's formation in the early 1960s. As of this writing, The Stones have sold more than 200 million records worldwide. The band still tours consistently to this day, nearly every year. When the band does tour it can be one of the highest-grossing musical acts in the world. For example, in 2018 the band earned $117 million off just 14 shows.

Jagger was born on July 26, 1943 in Dartford, Kent. He has a younger brother, Chris, who is also a musician. Jagger's father and grandfather were both teachers, a profession that he was brought up to follow their footsteps in. However, according to Jagger he "was always a singer" who loved to listen to other singers, as well as perform in the church choir.

Jagger was childhood friends with Keith Richards, as the pair attended Wentworth Primary School together. They were even neighbors until the Richards family moved in 1954. Eventually, several years later, the pair reunited when Richards ran into Jagger on a train. Jagger was carrying albums from Chess Records by Chuck Berry and Muddy Waters, and the pair rekindled their friendship over their shared musical interests.

After leaving school in 1961, Jagger moved in with Richards and guitarist Brian Jones. While Richards and Jones made plans to start their own rhythm and blues group, Jagger attended classes at the London School of Economics, where he studied business on a government grant. Eventually, Jagger left the London School of Economics and joined Richards and Jones in their practices, and together they set the foundations for what would become the band The Rolling Stones.

Together with Richards, Jagger is responsible for writing some of the band's biggest hits. Jagger is considered one of the most influential front men in the history of rock and roll. Jagger and The Rolling Stones got their first real job in 1962, and by 1963 they "hit their stride" and took off as a reputable band in the music industry. The Rolling Stones were in the vanguard of the British Invasion in the 1960's, as the band identified with the youthful and rebellious counterculture of the time. The Rolling Stones were instrumental in making blues a major part of rock and roll, and they have continued to transcend generations. The Rolling stones have released over 100 albums over their long career, including 30 studio albums, and performed more than 2000 concerts globally. According to Fortune, The Stones generated more than $1.5 billion dollars in total gross revenue between 1989 and 2001.

While continuing to tour and record with The Rolling Stones, Jagger set out on his own solo career in the 1980s. His first solo album "She's the Boss" was released on February 19, 1985. During the same period he collaborated with the Jacksons, performing as lead vocals with Michael Jackson on "State of Shock". His second solo album "Primitive Cool" was released in 1987 to positive reviews, but was a commercial failure. He followed up these projects with his third solo album, "Wandering Spirit", in 1992. His fourth solo albums "Goddess in the Doorway" was released in 2001.

In May 2011, Jagger announced he had formed a new supergroup with Dave Stewart, Joss Stone, Damian Marley and A.R. Rahman, named SuperHeavy. The group's inspiration was to fuse the musical styles of the different artists together, and they released one album and two singles that same year. 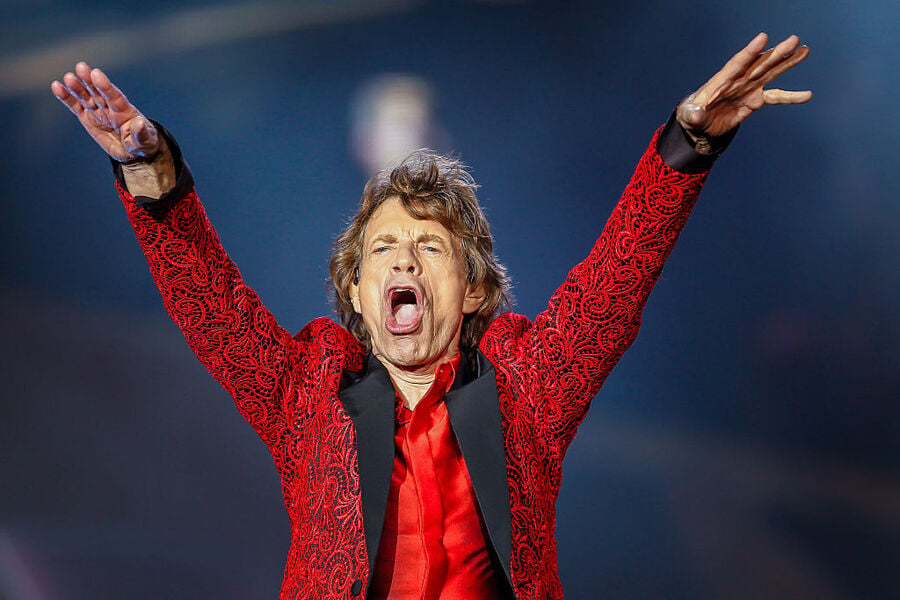 Acting and Other Ventures

Jagger's most significant film roles were in "Performance" (1968), and "Ned Kelly" (1970). Difficulties with scheduling meant that he lost out on some opportunities, such as the film "Fitzcarraldo" (1982). He founded Jagged Films with Victoria Pearman in 1995, and the company's first released was the World War II drama "Enigma" in 2001. Also in 2001, Jagged Films produced a documentary "Being Mick" about Jagger.

Jagger has been married once, and divorced ones, in addition to several other relationships. He has eight children with five women, five grandchildren and welcomed his first great-grandchild on May 19, 2014.

From 1966 to 1970, Jagger dated English singer and actress Marianne Faithfull, and pursued a relationship with Marsha Hunt from 1969 to 1970, despite that fact that Hunt was married. He then met Bianca Perez-Mora Macias in 1970, and the pair married on May 12, 1971 in Saint-Tropez, France. The couple separated in 1977, with Perez-Mora Macias filing for divorce in May 1978 citing his adultery; from 1974 to 1976 Jagger had had an affair with Playboy model Bebe Buell. Jagger then began a relationship with model Jerry Hall in 1977, and the couple had an unofficial marriage ceremony in Bali, Indonesia, on November 21, 1990. During his relationship with Hall, Jagger once again had multiples affairs, with Carla Bruni, who later went on to become the First Lady of France, as well as Brazilian model Luciana Gimenez Morad.

Perhaps not surprisingly, Mick Jagger owns an extremely valuable real estate portfolio. According to a 2013 Telegraph article, Mick owns $250 million worth of real estate around the globe. He owns several multi-million dollar mansions in New York and London for both his own use and his family members. A particularly notable example in his portfolio is a six-room beachfront compound on the private island of Mustique which he actually rents out for a cool $30,000 per week if you're interested. He owns a second home on Mustique within a gated country club which he also rents, this one goes for $11k per week. Mick also owns a castle in the South of France. According to his autobiography, Mick bought the historic Hampshire mansion Stargroves, which The Stones used as a recording venue in the 1970s, while experiencing an acid trip. The mansion was decrepit at the time after years of neglect and only cost 55,000 pounds. He sold the estate in 1979 to a businessman for 200,000 pounds. In 1998, Rod Stewart bought property for 2.5 million pounds. Stewart sold the property to a member of the opiod-rich Sackler family for 15 million pounds in 2012. 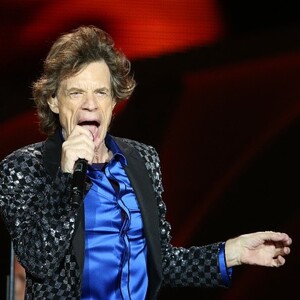