What is Michael Stipe's Net Worth?

Michael Stipe is an American singer-songwriter, musician, and film producer who has a net worth of $75 million. He is best known as the lead singer for the band R.E.M., and he has worked as a producer on films including "Being John Malkovich" and "Man on the Moon."

Michael Stipe was born John Michael Stipe on January 4th, 1960 in Decatur, Georgia. His father was a serviceman in the United States Army, which resulted in the family frequently relocating both around the US and even to West Germany. While he was in high school, he worked at the local Waffle House. In 1978, he graduated from high school in Collinsville, Illinois. He went to college at the University of Georgia in Athens, and he often visited the local record store, Wuxtry Records, where he became friends with the store clerk Peter Buck. The two decided to form a band and started to write music together. Stipe was a member of another band called Gangster at the time but left once he and Buck were joined by Bill Berry and Mike Mills. The name R.E.M. was chosen arbitrarily from the dictionary by Stipe who was also the youngest member of the band.

In 1980, they all dropped out college to pursue their music careers full-time, Stipe being the last to do so. They signed with the record label Hib-Tone, and after a successful show opening for the group The Police, they released their first single "Radio Free Europe." Stipe wrote the song and stated that he didn't intend for the lyrics to be intelligible to listeners. The single was a hit on college radio stations and got the band a better record deal with I.R.S. Records. They released their debut EP "Chronic Town" in August of 1982, and it was met with mostly positive reception. They released their debut album "Murmurs" the following year. It was critically acclaimed and beat Michael Jackson's album "Thriller" for Rolling Stone Magazine's Critics Poll Album of the Year. Stipe was praised for his lyrics and unique vocalization. Their second album "Reckoning" was released in 1984 and only took sixteen days to record. Again, the album was acclaimed by critics and peaked at no. 27 on the Billboard album charts. In 1985, the band travelled to Europe to record their third album. "Fables of the Reconstruction" was much different in style than their previous works. It was a conceptual album with Southern Gothic themes. Despite the stylistic shift, it peaked at no. 28 on the US album charts and at no. 35 in the UK. They spent the next year touring around Europe, Canada, and the US to promote the album.

For the band's fourth studio album, they hired John Mellencamp's producer Don Gehman and recorded the album in Indiana at Mellencamp's Belmont Mall Studios. "Lifes Rich Pageant" was released in the summer of 1986. The album had more of a hard rock sound, and Stipe's vocals had more clarity and were less mumbled than his singing on previous albums. His vocals were praised by critics as was the composition of the album itself. It peaked at no. 21 on the Billboard album charts and has been certified gold in the US and platinum in Canada. 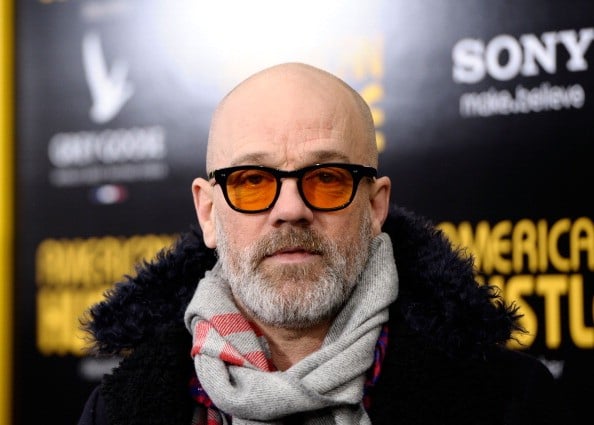 REM was disappointed in I.R.S. Records for not focusing more on overseas distribution, so they opted to leave when their contract expired. Although other labels offered them lucrative deals as well, they decided to sign with Warner Bros. Records because they were promised complete creative freedom. They released "Green" in 1988, and it spawned four successful singles. Many of the songs had political themes, and it landed at no. 12 on the Billboard album charts. They went on an eleven-month tour following its release and decided to take a break before recording their next album "Out of Time." It was released in March of 1991 and was their biggest hit thus far. The album's lead single "Losing My Religion" peaked at no. 4 on the charts and was a hit worldwide. They won three Grammy Awards for the album. "Monster" was released in 1994 and was equally successful. Its singles "What's the Frequency, Kenneth" and "Bang and Blame" were the bands last tracks to top the UK and US charts. They went on tour in 1995, and although it was a commercial success, the members were beset with health issues. Berry had a brain aneurysm and collapsed on stage in Switzerland. Mills had to have intestinal surgery, and Stipe underwent surgery for a hernia. The band resigned with Warner Bros. for a reported $80 million in 1996. Berry decided to leave in 1997, but he told the rest of the band that he would stay if his departure would result in them breaking up. They continued on as a threesome, but their next few albums weren't as successful as previous ones. Their next hit album came in 2004 with "Around the Sun," which peaked at no. 13 on the charts. The band was inducted into the Rock n' Roll Hall of Fame in March of 2007. "Collapse into Now" was released in 2011 and debuted at no. 5 on the album charts. It was their fifteenth and final album.

Personal Life and Other Work

In addition to being R.E.M.'s lead singer, Stipe founded C00 Films, and he has worked as a producer on several films including "Being John Malkovich," "Velvet Goldmine," and "Man on the Moon. Stipe came out as bi-sexual in 1995. He had previously had a romantic relationship with Natalie Merchant of the band 1,000 Maniacs in the eighties. He had a relationship with author Douglas A. Martin, which was written about in Martin's novel "Outline of My Lover." The two had collaborated previously on two books. Stipe remains unmarried and has no children. 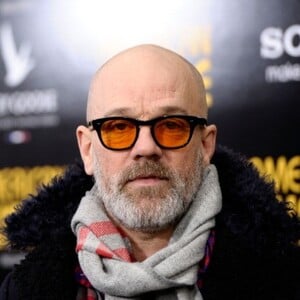