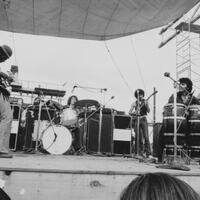 Michael Shrieve net worth: Michael Shrieve is an American musician and composer who has a net worth of $10 million dollars. Michael Shrieve was born in San Francisco, California, and began performing as a drummer in various bands when he was in his early teens. His first professional band was called Glass Menagerie. From there, he went on to work as a drummer at R&B clubs all over San Francisco. He served as a drummer for such famous touring musicians as Etta James and B.B. King, among others. When he was 19, he was invited to join Santana. He went on to serve as drummer on seven of Santana's albums, and was featured in the now legendary documentary about Woodstock, made in 1969. He left Santana in 1974, and went on to release solo tracks, as well as to perform with various groups in the US and Europe. He has also served as a session musician for artists such as Todd Rundgren, Jill Sobule, and Roger Hodgson. In addition to his performance work, he has also composed various soundtracks, including the soundtrack for the film, "Apollo 13".