By the time he was 17, Schenker went on to feature on the band's debut album, Lonesome Crow. He then joined UK band UFO as lead guitarist, producing most of the music on the band's debut album, Phenomenon. After a turbulent time with UFO, Schenker left and rejoined the Scorpions in the late 1970s but left three months later. He set to start his solo career and formed The Michael Schenker Group in 1979. In 1986, the group was renamed McAuley Schenker Group after Schenker joined forces with rock singer Robin McAuley. The partnership lasted around six years before the two part ways and Schenker reformed The Michael Schenker Group in the early nineties before briefly rejoining UFO. After having a rough time with his marriage and his manager at the turn of the century, Schenker continue to produce albums under his group and tours extensively in North America and Europe. In 2010, Schenker received the Marshall "11" award in London. 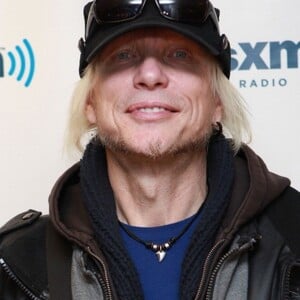