Michael Hutchence Net Worth: Michael Hutchence was an Australian musician and actor who had a net worth of $1 million at the time of his death. Michael's wealth and estate has been a mystery over the last 20 years. Despite earning an estimated $60 million dollars during his career (before taxes), Michael reportedly died with just $40,000 in his bank account. His total assets after being liquidated amounted to $700,000 after liabilities were subtracted. All of this remaining money was reportedly eaten up by lawyers and other various fees after his death. What's shocking is that by most reasonable accounts, Michael should have had a minimum of $20 million worth of real estate, cash and investments. Yet he somehow died basically penniless.  In 2005, it was revealed that Michael's assets were being held by a complex series of trusts with a vague ownership structure. The trusts did not benefit Michael's parents or daughter.

Michael Hutchence was born in Lane Cove, Sydney, New South Wales, Australia in January 1960 and passed away in November 1997. He was best known for being the lead singer, lyricist, and a founding member of the rock band INXS. Hutchence was a member of the group Max Q and also recorded solo material that was not released until after his death. INXS formed in 1977 in Sydney. Their self-titled debut studio album was released in 1980. They broke through in 1982 with the album Shabooh Shoobah which was certified 2x Platinum and hit #5 on the charts in Australia. Their 1984 album The Swing hit #1 and was 5x Platinum in Australia. Their 1985 album Listen Like Thieves also hit #1 in Australia and was certified 4x Platinum. Their 1987 album Kick was 7x Platinum in Australia and hit #1 in Canada. INXS' singles include "The One Thing", "Don't Change", "Original Sin", "I Send a Message", "What You Need", "New Sensation", and "Suicide Blonde". In the 1990s Hutchence dated pop singer Kylie Minogue and this gave the band a new audience. He also had a daughter with UK television presenter Paula Yates. INXS was inducted into the ARIA Hall of Fame in 2001 and has won six Australian Recording Industry Association award and has sold nearly 40 million record worldwide. Michael Hutchence passed away on November 22, 1997 at age 37 from an apparent suicide. 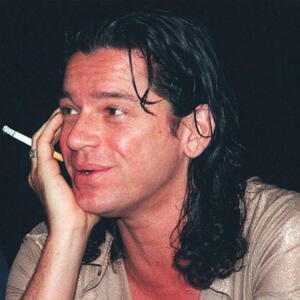