How much is Michael Franti Worth?

Michael Franti Net Worth: Michael Franti is an American musician, composer, rapper and poet who has a net worth of $2 million dollars. Born in Oakland, California on April 21, 1966, Michael Franti has been active in the entertainment industry since 1986. He specializes in hip hop, reggae, funk, jazz, folk and more and has been associated with labels such as Alternative Tentacles, Island, Capitol, Boo Boo Wax, Six Degres, and ANTI-. He is known for playing guitar and singing for acts such as Radioactive, Carl Young, Spearhead, The Disposable Heroes of Hiphoprisy, The Beatnigs, and more. His creative integrity is focused on social justice, change, and peace. He attended Davis Senior High School as well as the University of San Francisco. He joined his first band, The Beatnigs, in 1986, followed by Disposable Heroes in 1991. He founded Spearhead in 1994 and plays with them to this day. Franti is currently dating Sara Agah and has two sons by the names of Ade and Cappy. He is widely known for walking barefoot nearly all of the time and for his veganism inspired by his kids. He is a peace advocate for issues in the Middle East and has a film titled I Know I'm Not Alone, which focuses on Iraq and Palestine. As a musician he has released three solo albums, nine Spearhead studio albums, twelve compilations and live albums, eighteen collaborations, twenty charting singles, one album by The Beatnigs, and two albums via The Disposable Heroes of Hiphoprisy. His latest Spearhead album SoulRocker was released in 2016 and reached #5 on the US Rock chart. 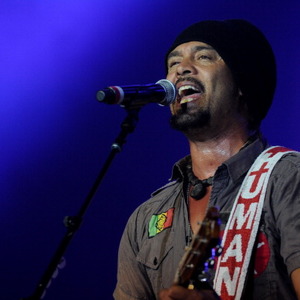