What is Melissa Etheridge's Net Worth?

Melissa Etheridge is an American rock singer-songwriter and activist who has a net worth of $25 million. Melissa Etheridge is a singer-songwriter, musician, and prominent LGBT activist who had her career breakthrough with her 1988 self-titled debut album. Her hit singles include "Bring Me Some Water," "Ain't It Heavy," "I'm the Only One," and "Come to My Window." Etheridge has earned numerous Grammy Award nominations over her career, and won an Academy Award for her song "I Need to Wake Up," from the 2006 documentary "An Inconvenient Truth."

Melissa Etheridge was born on May 29, 1961 in Leavenworth, Kansas to computer consultant Elizabeth and high school teacher John. Showing a passion for music early on, she started taking guitar lessons at the age of eight. As a teen, Etheridge played in local country music groups. She went to Leavenworth High School, and then attended Berklee College of Music in Boston; there, she spent her time playing the club circuit. Etheridge ultimately chose to leave Berklee after three semesters so she could pursue her music career in Los Angeles.

In Pasadena, California, Etheridge got her big break when she performed at Vermie's bar. Spotted by soccer player Karla Leopold, she was introduced to Leopold's husband, Bill, a manager in the music business. With this connection, and with her performances in lesbian bars in LA, Etheridge was soon discovered by Island Records chief Chris Blackwell. She subsequently signed a publishing deal to write songs for movies, including the drama "Weeds."

Etheridge released her debut self-titled album in 1988; an underground success, it peaked at number 22 on the Billboard 200, and spawned the Grammy-nominated single "Bring Me Some Water." In 1989, Etheridge released her second album, "Brave and Crazy," which like her first release peaked at number 22 on the Billboard 200 and received a Grammy nomination. Her third album, "Never Enough," came out in 1992; for its single "Ain't It Heavy," Etheridge won her first Grammy Award.

In 1993, Etheridge had her most successful album yet with "Yes I Am," which was released eight months after she came out as a lesbian. Considered her mainstream breakthrough album, it spent 138 weeks on the Billboard 200, peaking at number 15 and producing the hit singles "Come to My Window," "I'm the Only One," and "If I Wanted To." For the first song, Etheridge won her second Grammy Award.

Following her success with "Yes I Am," Etheridge released "Your Little Secret," which became the highest-charting album of her career when it peaked at number six on the Billboard 200. It also spawned the singles "I Want to Come Over" and "Nowhere to Go," both of which made it onto the top 40. After a four-year hiatus from recording, Etheridge returned in 1999 with "Breakdown"; another success, it reached number 12 on the Billboard 200 and earned four Grammy nominations. Subsequent albums were "Skin," "Lucky," "The Awakening," and "Fearless Love." Etheridge also released the compilation album "Greatest Hits: The Road Less Traveled" and the Christmas album "A New Thought for Christmas." Her later albums include "4th Street Feeling," "This is M.E.," "The Medicine Show," and "One Way Out." 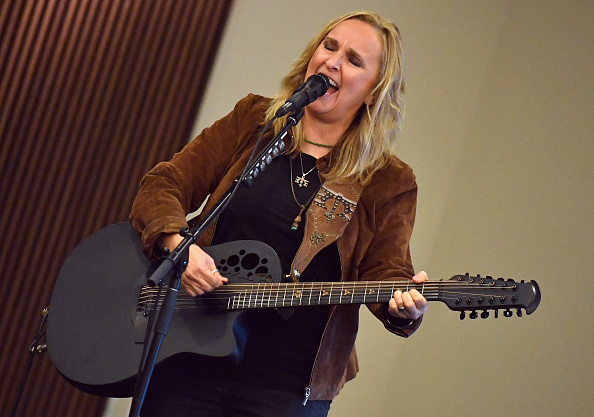 For the 2006 climate change documentary "An Inconvenient Truth," featuring Al Gore, Etheridge wrote the original song "I Need to Wake Up." The track went on to win the Academy Award for Best Original Song, giving Etheridge an Oscar.

Throughout her career, Etheridge has been recognized for her committed work in activism. Among her many endeavors, she has been heavily involved in LGBT causes, including raising awareness of HIV/AIDS by working with the organization L.A. Shanti. Etheridge also recorded a song for the AIDS benefit album "Silencio=Muerte: Red Hot + Latin." For her LGBT advocacy, she was honored with the Stephen F. Kolzak Award by GLAAD.

Etheridge supports numerous other causes beyond the LGBT community. In 2005, she participated in the ReAct Now: Music & Relief telethon to support victims of Hurricane Katrina. Etheridge also advocates for environmental awareness.

In 1993, Etheridge made her public coming out as a lesbian at the Triangle Ball celebration of Bill Clinton's initial presidential inauguration. Her first longterm romantic relationship was with filmmaker Julie Cypher, with whom she was with from 1990 to 2000. During their relationship, Cypher gave birth to daughter Bailey and son Beckett through artificial insemination. Beckett later passed away at the age of 21 from the effects of an opioid addiction. In 2002, Etheridge started dating actress Tammy Lynn Michaels; they wed in 2003, and had fraternal twins named Johnnie and Miller via an anonymous sperm donor. The pair divorced in 2012. Two years later, Etheridge married actress and writer Linda Wallem, who happens to share her exact birth date.

Notably, Etheridge was diagnosed with breast cancer in 2004. She underwent surgery and chemotherapy, and, in 2005, made a return to the stage at the Grammy Awards to perform a cover of Janis Joplin's "Piece of My Heart." Later in the year, Etheridge appeared on "Dateline NBC" as part of Breast Cancer Awareness Month.

In 2008, Melissa paid $5 million for a home in Hidden Hills, California, a suburb of Los Angeles. Today the 7,000 square-foot property is likely worth $7-9 million. 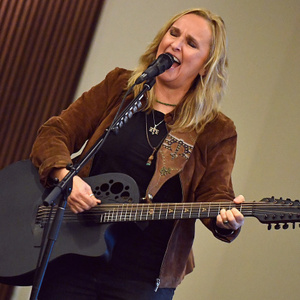