What is Melanie Chisholm's Net Worth?

Melanie Chisholm, better known by her stage name Melanie C, is an English singer, songwriter, actress, and television personality. Melanie Chisholm has a net worth of $30 million. She rose to stardom in 1996 as part of the girl group the Spice Girls, with which she released multiple number-one albums and singles. She later went on to have a successful solo career with albums including "Northern Star," "Reason," "This Time," and "Version of Me."

Melanie Chisholm was born on January 12, 1974 in Whiston, England as the only daughter of Alan, who worked for the Otis Elevator Company, and Joan, a singer who worked as a personal assistant and secretary. When Chisholm was four, her parents separated; her mother subsequently remarried and had more children. Chisholm was raised in Widnes, and went to Brookvale Junior School in the nearby town of Runcorn. She then attended Fairfield High School back in Widnes. For her higher education, Chisholm studied musical theatre, dance, singing, and drama at the Doreen Bird College of Performing Arts in London. She ultimately dropped out of college just short of completing her course, and earned teaching qualifications in theatre dance with the Imperial Society of Teachers of Dancing.

In 1994, Chisholm, Melanie Brown, Geri Halliwell, and Victoria Beckham all responded to an advertisement published in The Stage magazine looking to form a new girl group. The four were chosen from close to 400 women, and were soon joined by Emma Bunton to form the quintet known as the Spice Girls. As a member of the group, Chisholm used the nickname Sporty Spice.

After touring record labels in both London and Los Angeles, they signed a deal with Virgin Records in 1995. The group's debut album, "Spice," was a massive global success upon its release in 1996, reaching number one on the carts in over 17 countries. Moreover, it became the best-selling album by a girl group in music history by selling 30 million copies worldwide. Its lead single, "Wannabe," hit number one in 37 countries. Subsequent singles such as "Say You'll Be There," "Mama," and "Who Do You Think You Are" performed similarly well, all reaching number one in the UK.

The Spice Girls released their second album, "Spiceworld," in 1997. Another huge commercial success, it spawned the number-one hit singles "Spice Up Your Life," "Too Much," and "Viva Forever," and went on to sell 20 million copies globally. The same year, the group starred in their own film, entitled "Spice World," which ended up grossing $100 million at the box office to become one of the year's biggest hits. In May of 1998, Halliwell left the group. The Spice Girls subsequently released the single "Goodbye," which was their third consecutive Christmas number-one song. They then put out the 2000 album "Forever," which did relatively well but failed to match the sales of their earlier albums. The Spice Girls reunited in 2007 to embark on a concert tour around the world; they reunited for another tour in 2019. 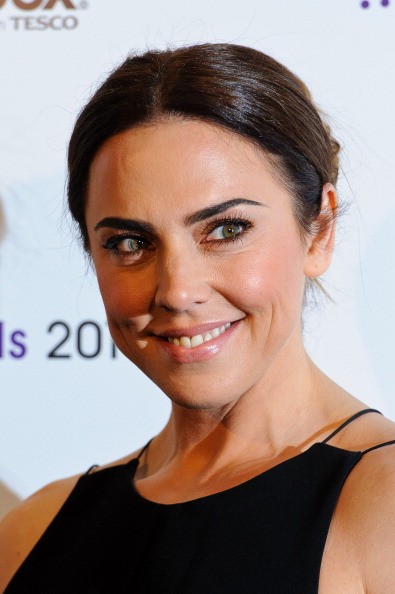 In 1998, Chisholm began her solo recording career singing with rock singer Bryan Adams. The next year, she released her debut solo album, "Northern Star," which peaked at number four on the UK Albums Chart and became the best-selling solo album by any member of the Spice Girls. Chisholm released her second solo album, "Reason," in 2003; peaking at number five in the UK, it also received a gold certification.

Chisholm left Virgin Records in 2004 to found her own record company, Red Girl Records. She then put out her third studio album, "Beautiful Intentions," which launched the hit singles "Next Best Superstar" and "First Day of My Life." Chisholm's next album, "This Time," came out in 2007. Her later albums include "The Sea," "Stages," "Versions of Me," and a self-titled album released in 2020. Chisholm also released an EP in 2012 called "The Night."

On television, Chisholm has appeared as a host, judge, and mentor on several reality competition programs. In 2011, she served as a mentor assistant on season three of "The X Factor Australia." The next year, she was a judge and mentor on the talent search competition "Superstar." In 2015, Chisholm was a mentor assistant on the first season of "Bring the Noise" and a judge on the first season of "Asia's Got Talent." Later, in 2021, she began serving as a coach and judge on "The Voice Kids UK." The same year, she competed as a contestant on season 30 of "Dancing with the Stars."

Chisholm made her theatrical acting debut in 2009, playing Mrs. Johnstone in the musical "Blood Brothers." Next, from 2012 to 2013, she portrayed Mary Magdalene in a production of "Jesus Christ Superstar."

In 1997, Chisholm briefly dated singer Robbie Williams. The following year, she dated record producer Jake Davies and singer Anthony Kiedis. In 2000, Chisholm had an on-and-off relationship with singer and rapper Jason Brown. She has one child, a daughter named Scarlet, who was born in 2009.

Over the years, Chisholm has been candid about her experiences struggling with depression and an eating disorder. She has also been involved in many philanthropic endeavors, including the Sport Relief telethon and mile run, and the "Through Hell and High Water" Comic Relief challenge. Additionally, she traveled to Ghana to support a Procter & Gamble charity campaign providing clean drinking water to children. 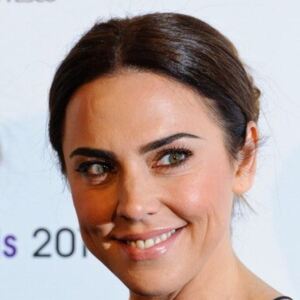