Meg White net worth: Meg White is an American musician who has a net worth of $5 million. Meg White has earned her net worth as the drummer for the Detroit rock duo known as The White Stripes. Meg was born on December 10, 1974 in Grosse Pointe Farms, Michigan she and her parents Walter and Catherine along with her sister Heather lived in Detroit. Meg's was married to musician Jack White who played guitar and vocals for the group. Although Jack was the primary vocalist for The White Stripes, Meg sang the lead on "In the Cold, Cold Night", from the band's fourth album, Elephant, as well as; "Passive Manipulation", from the band's fifth album, Get Behind Me Satan,; "Who's a Big Baby", the B-side to "Blue Orchid"; and "St. Andrew (This Battle Is in the Air)", from the band's sixth album Icky Thump. The band officially announced their retirement from the music industry in February of 2011.White was a bartender in the early 1990's at a downtown Royal Oak bar called Memphis Smoke that is where she met Jack Gillis. They married on September 21, 1996 where Jack chose to take Meg's last name, the couple divorced on March 24, 2000. She later married Jackson Smith in May of 2009, Smith is the son of musicians Patti Smith and Fred "Sonic" Smith. 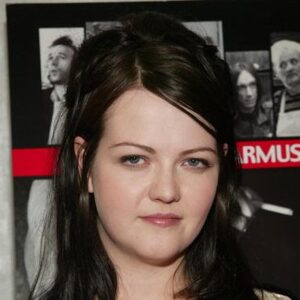