What is Maurice Gibb's Net Worth?

Maurice Gibb was an English musician, singer, and songwriter who had a net worth of $100 million at the time of his death in 2003. Along with his brother Barry and his fraternal twin Robin, Maurice formed one of the most famed and successful musical groups in the 60s and 70s. The Bee Gees are one of the most successful pop groups of all time, with record sales exceeding 200 million.

Although Barry and Robin usually performed lead vocals, Maurice contributed lead vocals to a number of songs by the Bee Gees. These included "Lay it on me," "Country Woman," and "On Time." Outside of his work with the Bee Gees, Gibb released a solo single called "Railroad." He also recorded an entire album of solo tracks called "The Loner," but this was never released.

Maurice Ernest Gibb was born on December 22nd of 1949 in Douglas, Isle of Man. Maurice was raised alongside his twin brother Robin, two other brothers named Andy and Barry, and a sister named Lesley. The Gibbs formed a band in Manchester while they were still quite young. Robin then relocated with his family once more to Redcliffe, Australia. It was during this time that the Gibbs brothers started their first group together, with Barry, Maurice, and Robin all forming a trio. However, they only began to experience genuine success when the three boys moved back to Manchester.

In 1955, the Gibbs brothers formed a group called the Rattlesnakes. Barry performed vocals and played the guitar, while Robin and Maurice also performed vocals. In addition, a man named Paul Frost played the drums while another musician named Kenny Horrocks played the tea-chest bass. Initially, the group performed at small, local venues throughout Manchester.

After moving to Australia, the three aforementioned Gibbs brothers came together as a trio. While living in Queensland, the group named themselves the Bee Gees for the first time. Not long afterward, the group began to appear on television for the first time and signed a record deal with Festival Records. Their debut single "The Battle of the Blue and the Grey"

By the late 60s, the Bee Gees had become quite successful with the single "New York Mining Disaster 1941." At this point, drummer Colin Petersen and guitarist Vince Melouney joined the Bee Gees. After touring Europe and the US on the heels of this success, they released a chart-topping single in the UK entitled "Massachusetts." In the mid-60s, Maurice Gibb recorded his first solo composition entitled "All by Myself." He later earned his first solo writing credit on the Bee Gees album "Where Are You."

In 1969, Robin left the band, leaving Maurice and Barry to release singles like "Tomorrow Tomorrow" and the album "Cucumber Castle" alone. In the 70s, the Bee Gees came back together and released a number of smash hits over the next decade. These included singles such as "How Deep Is Your Love," "More Than A Woman," "Stayin' Alive," and "You Should Be Dancing." Over the next few years, Maurice pushed forward with his solo career and released an instrumental album called "Strings and Things." The Bee Gees continued to release music, and they also toured well into the 2000s. 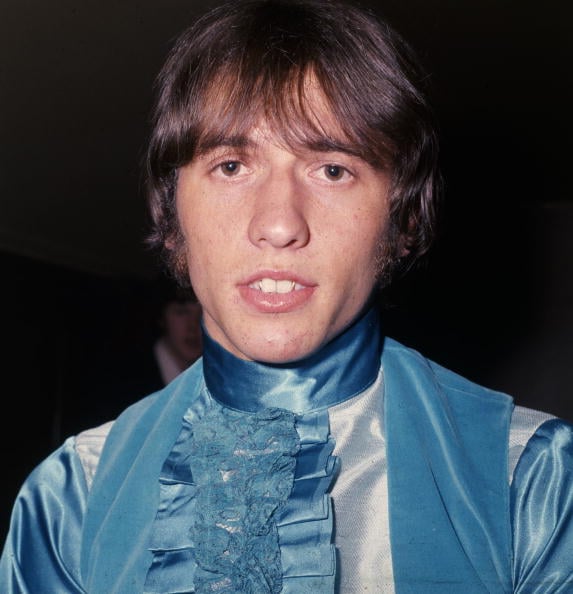 Maurice began a widely-publicized relationship with Scottish singer Lulu in the 60s. Their relationship was somewhat turbulent, and Gibb impulsively dumped Lulu after she was spotted with a member of the Monkees in the late 60s. She later called him in tears and attempted to apologize, but Maurice rejected her and ended the relationship. Gibb eventually regretted this decision, and in 1969 the pair were married. The relationship ended after a four-year period filled with alcoholism, demanding career priorities, and partying.

In 1975, Gibb married Yvonne Spencelely Gibb. They had two children over the course of their relationship, which continued until his passing in 2003. However, the family went through a rocky period in the early 90s after Maurice pulled a gun on his wife and kids after a one-month drinking spree. The family fled the clutches of Maurice, and he was forced to go through rehab to reunite his estranged family.

Gibb was originally introduced to a hard-partying lifestyle by John Lennon and Ringo Starr of the Beatles, who were his neighbors in Manchester. Maurice continued to drink heavily throughout his career, and it often affected his musical performances. After the death of his youngest brother Andy, Gibb's drinking accelerated because he felt a sense of guilt at not being able to "get through" to his sibling.

Maurice Gibb passed away suddenly and without warning at the age of 53. A twisted intestine caused him to go into cardiac arrest, and he died quickly on January 12th of 2003.

In total, Maurice left Yvonne six homes upon his death. According to his will, the couple owned two homes in England, two in Miami, one in Spain, and one in the Bahamas. She also inherited all ownership and copyrights to his musical compositions and personal image. Trust funds for his adult children had been set up a decade prior.