Maureen Tucker Net Worth: Maureen Tucker is an American musician who has a net worth of $5 million. Maureen Tucker was born in Levittown, New York, in 1944. She started taking up the drums before her 20th birthday and soon was invited to join the band the Velvet Underground. Tucker, a college dropout, drummed with the group until 1970 when she became pregnant and left the band.

She was a featured vocalist on three of the group's tracks, including "After Hours". After giving birth to her child, she rejoined the band later the same year and was part of several international tours before quitting in late 1971. Tucker briefly joined the band Sun City Girls before moving to Georgia and taking a job at Wal-Mart. She returned to the music industry with the band Half Japanese at the end of the '80s. During the early '90s, she was part of several Velvet Underground reunion efforts. She also played with Charles Douglas, Lou Reed, John Cale, and the Kropotkins. Tucker released eight solo albums, including 1981's "Playin' Possum", 1989's "Life in Exile After Abdication", 1994's "Dogs Under Stress", and 2012's "I Feel So Far Away: Anthology 1974-1998". Tucker, who was first married during the '70s, is the divorced mother of five children. 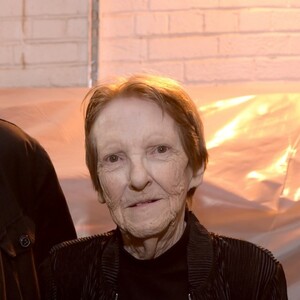