MattyB net worth: MattyB is an American children's artist and social media personality who has a net worth of $3 million. MattyB was born in Duluth, Georgia in January 2003. He is best known for posting remix videos of songs on YouTube. In 2014 he surpassed one billion views on his YouTube channel. MattyB's debut EP Outside the Lines was released on YouTube in 2015. He released the book That's a Rap in 2016. He has appeared on episodes of several TV series including Today, Dr. Phil, The Queen Latifah Show, and The Wendy Williams Show. MattyB has covered many songs including "Eenie Meenie" by Justin Bieber, "I Believe in You" by Kylie Minogue, and "Just the Way You Are" by Bruno Mars. 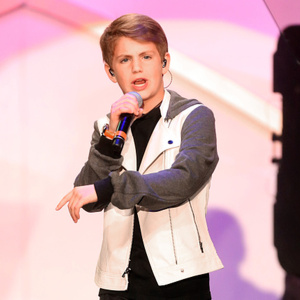