Matthias Jabs net worth: Matthias Jabs is a German guitarist and songwriter who has a net worth of $40 million. Matthias Jabs was born in Hannover, Federal Republic of Germany in October 1955. He is best known for being the guitarist in the rock band Scorpions. Scorpions formed in 1965 and released their debut studio album Lonesome Crow in 1972 and have released a total of 18 studio albums including Blackout in 1982 which reached #1 in the Netherlands, Savage Amusement in 1988 which reached #1 in Finland, and Crazy World in 1990 which reached #1 in both Germany and Austria. Their biggest hit is the single "Wind of Change" which reached #1 in six countries. Scorpions also had success with the singles "Still Loving You" and "Send Me An Angel". Jabs has his own music store called MJ Guitars in Munich, Germany. He has played the Fender Stratocaster, Gibson Explorer, Dommenget Mastercaster Signature model, Dommenget "Universe" Explorer, and Cort Garage. 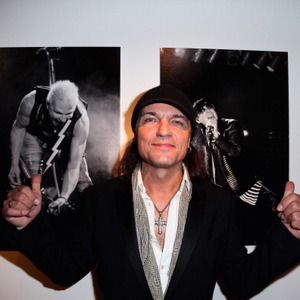