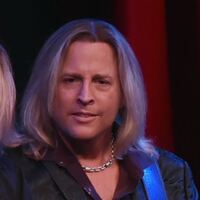 Matthew Nelson net worth: Matthew Nelson is an American singer and musician who has a net worth of $3 million. Matthew Nelson is best known for being one half of the duo Nelson with his twin brother Gunnar Nelson. Matthew and Gunnar are the sons of Ricky Nelson and Kristin Nelson. They formed the band in 1989 and released their debut studio album After the Rain in 1990 which reached #17 in the US. Nelson also released the albums Because They Can in 1995, Imaginator in 1996, The Silence Is Broken in 1997, Life in 1999, Lightning Strikes Twice in 2010, and Peace Out in 2015. They have also released the album Brother Harmony in 1998 as The Nelsons and the albums Like Father, Like Sons in 2000, This Christmas in 2015, and This Christmas Too in 2016 as Matthew & Gunnar Nelson. Nelson's single "(Can't Live Without Your) Love and Affection" reached #1 on the Billboard Hot 100 chart.