Matthew Bellamy net worth: Matthew Bellamy is an English musician, singer-songwriter, and composer who has a net worth of $40 million dollars. He is probably best known for being the lead vocalist and guitar player for the alternative rock band Muse. They have released eight studio albums and have sold more than 20 million albums worldwide.

Matthew James Bellamy was born in Cambridge, England in June 1978. His father played guitar for The Tornados. Matthew started playing piano at six and guitar at 11. His first performance came at 12 years old. He played in the bands Carnage Mayhem and Gothic Plague. He formed a new band called the Rocket Baby Dolls and they won their school's battle of the bands contest. After that the band changed their name to Muse.

Muse formed in 1994 in Teignmouth, Devon. Their debut album Showbiz was released in 1999 and was certified Platinum by BPI. Their second album Origin of Symmetry was released in 2001 and was certified 2x Platinum by BPI. Their third album Absolution in 2003 reached #1 in the UK and France. Their fourth album Black Holes and Revelations was released in 2006 and reached #1 in the UK, Australia, Belgium, Germany, and Switzerland. It also reached the Top 10 in Canada, Germany, France, Italy, the Netherlands, New Zealand, the United States. Their 2009 album The Resistance reached #1 in 11 countries and #2 in the US and their 2012 album The 2nd Law reached #1 or #2 in 12 countries. Their most successful singles include the songs "Time is Running Out", "Hysteria", "Supermassive Black Hole", "Starlight", "Uprising", "Undisclosed Desires", "Resistance", "Neutron Star Collision (Love is Forever)", and "Madness". Muse has won a Grammy Award, five MTV Europe Music Awards, and an MTV Video Music Award. The band combines alternative, rock, classical, and electronica. They are the first band that sold out the new Wembley Stadium in London.

Bellamy was chosen by Cosmopolitan as the sexiest rocker of 2003 and 2004. Total Guitar named him their guitarist of the decade in 2010. He also holds the Guinness Book of World Records for most guitars smashed on a tour.

Personal Life and Real Estate: He became engaged to actress Kate Hudson in 2011 after dating for a year. They had a son the same year. Kate and Matt ended their engagement in 2014. He began dating model Elle Evans in 2015. They married in 2019 and have a daughter together.

In February 2017 Matt paid $7 million for a home in LA's Brentwood neighborhood. The seller was retired tennis star Pete Sampras and his actress wife Bridgette Wilson. 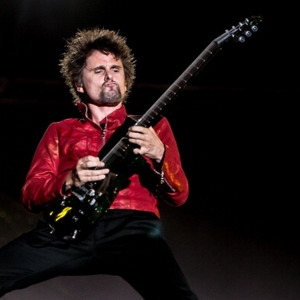