Matt Wachter Net Worth: Matt Wachter is an American musician who has a net worth of $8 million dollars. Born in Pottsville, Pennsylvania on January 5, 1976, Matt Wachter is best known for playing bass guitar, keyboards, and doing backing vocals for the rock band known as Angels & Airwaves. He has been active in the music industry since 2001 and is also referred to Dr. Wachter, The Architect, Matticus Prime, and Mattastrophe.

He has been affiliated with record labels such as Virgin, Immortal, and Geffen and has also played with Thirty Seconds to Mars. His notable instruments include a G&L Bass L-2000 Series and a Fender Jazz Bass. He began playing music when he was five years old, experimenting with drums and piano. He played for Thirty Seconds to Mars between 2001 and 2007 and joined Angels & Airwaves shortly after. He has also recorded bass for the Street Drum Corps. He is currently married to his wife, Libby, and has one child by the name of Sailor Mae Wachter. He has recorded four studio albums between Thirty Seconds to Mars and Angels & Airwaves. 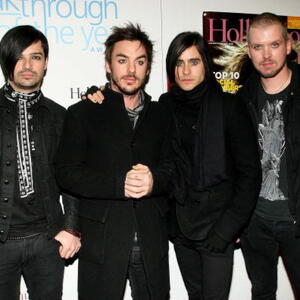