How much is Matt Sorum Worth?

Matt Sorum, who is best known as the drummer for rock band Guns 'n' Roses, has a net worth of $10 million. His net worth has been accumulated through many years in the music industry, during which he has managed to achieve a level of success and fame that many musicians only dream of. The most famous piece of Sorum's career began after Guns 'n' Roses guitarist Slash saw him drumming with rock band The Cult. After that, he was recruited to replace the band's former drummer Steven Adler. Sorum's drumming can be heard on the band's albums Use Your Illusion I, Use Your Illusion II, and The Spaghetti Incident, as well as on a variety of live recordings including the band's cover of the famous song by The Rolling Stones "Sympathy for the Devil." Since 2002, Sorum has found a home with the supergroup Velvet Revolver, which also counts Slash among its members. Sorum has also gotten work as an endorser of various drumming related products, including Yamaha Drums, Mapex, Drum Workshop and Ludwig. In 2004, Sorum released his first (and as of this writing, only) solo album, the title of which is Hollywood Zen. The album is said to be somewhat autobiographical in nature. 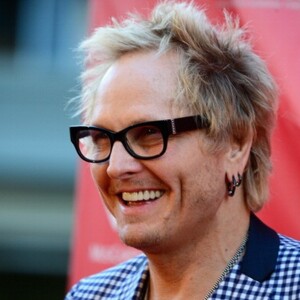