Matt Helders net worth: Matt Helders is an English musician, vocalist, and songwriter who has a net worth of $16 million. Matt Helders was born in Sheffield, England in May 1986. He is best known for being a founding member, drummer, and backing vocalist for the rock band Arctic Monkeys. The band formed in 2002 and released their debut studio album Whatever People Say I Am, That's What I'm Not in 2006 which reached #1 in the UK, Australia, and Ireland.

Arctic Monkeys released the album Favourite Worst Nightmare in 2007 which reached #1 in the UK, Denmark, Ireland, and the Netherlands, and #7 in the US. Their albums Humbug in 2009 and Suck It and See in 2011 were also highly successful and reached #1 in the UK. Arctic Monkeys' album AM was released in 2013 and was #1 in seven countries including the UK and reached #6 in the US. They have had success with singles including "I Bet You Look Good on the Dancefloor", "When the Sun Goes Down", "Brianstorm", "Do I Wanna Know?", and more. He released the solo album Late Night Tales: Matt Helders in 2008. Matt Helders was married to actress Breana McDow from 2016 to 2019. They had been together since 2011 and got engaged in 2013. They have one daughter together. 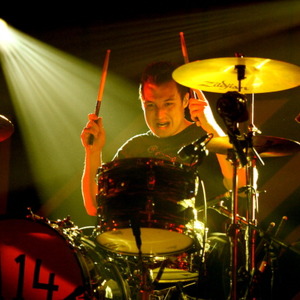