Mark Wilkerson net worth: Mark Wilkerson is an American actor and musician who has a net worth of $4 million. Born in Enterprise, Alabama on September 6, 1976, Wilkerson is well known for his contributions to the song "It's Not Over," which was featured on rock band Daughtry's album. He is the front man and guitarist for the band Course of Nature and is known for his marriage to Melissa Joan Hart who he married on July 19, 2003.

He has been featured in television hits including Satin; Sabrina, the Teenage Witch and Tying the Knot: The Wedding of Melissa Joan Hart. Hart and Wilkerson have three children together by the names of Mason Walter Wilkerson, Braydon Hart Wilkerson, and Tucker McFadden Wilkerson. The couple and their children currently live in Los Angeles, California where they have resided since 2007. Wilkerson's co-writing of "It's Not Over" led to a Grammy nomination for Best Rock Song at the 50th Annual Grammy Awards. He has also been involved in many charitable efforts including the coordination of a benefit concert on May 3, 2007 in Enterprise, Alabama in support of the relief efforts of Enterprise High School where eight students died in a catastrophic storm. Mark is married to actress Melissa Joan Hart and together they have two children. 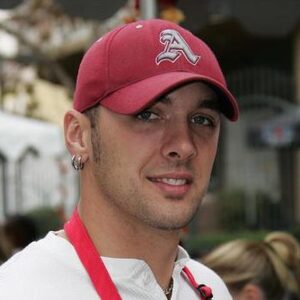