Mark Tremonti Net Worth: Mark Tremonti is an American musician who has a net worth of $16 million dollars. Mark Tremonti is best known for being the lead guitarist in the rock bands Creed and Alter Bridge. Tremonti won a Grammy Award for Best Rock Song in 2001 for "With Arms Wide Open."

Born in Detroit, Michigan on April 18, 1974, he has been active in the music industry since 1993 and has been affiliated with record labels such as Wind-up, Universal Republic, Roadrunner, EMI, and FRET12. His most notable instrument is the PRS Tremonti SE. He was recognized as "Guitarist of the Year" three years in a row by Guitar World magazine and is considered to be one of the greatest heavy metal guitarists of all time. He attended Lake Highland Preparatory School, Clemson University, and Florida State University where he met up with Scott Stapp, who he had met in high school. Tremonti and Stapp formed Creed in 1993 and released their debut album, My Own Prison, in 1997. The album was followed by Human Clay, which was an eleven-time platinum record as well as a diamond record as of January 2004. Alter Bridge was formed in 2004 by Tremonti and other former members of Creed. They released their first album, One Day Remains, in 2004 via Wind-up Records. The album went gold in November 2004.

Personal Life and Real Estate: Tremonti and his wife Victoria Rodriguez have been married since 2002. They have two sons by the names of Austen and Pearson. The family currently live in the Orlando, Florida area. In 2001 Tremonti purchased an undeveloped waterfront plot of land in Windermere, Florida. He proceeded to custom-build a 9,000 square-foot mansion that today is likely worth $6-8 million. 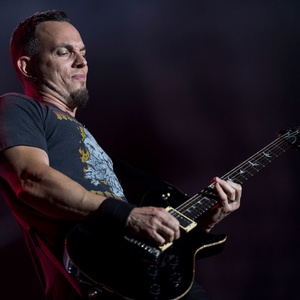