What is Mark Hoppus' Net Worth?

Mark Hoppus is an American musician, record producer, and television host who has a net worth of $80 million. Hoppus is best known as the bassist and co-lead vocalist of the popular rock band Blink-182, which became immensely popular during the late 90s and early 2000s. Outside of his work with Blink-182, Mark has been involved with a number of additional music projects.

While Hoppus is a talented musician, he is also an accomplished producer. In the past, he has produced records for a number of prominent bands. Like many of the other members of Blink-182, Mark has also explored various entrepreneurial pursuits, such as clothing and footwear companies. In terms of the entertainment industry, Hoppus has hosted television shows and podcasts at various points in his career.

Mark Allan Hoppus was born on March 15th of 1972 in Ridgecrest, California. Hoppus was raised in a small, desert town where most of the residents worked for the U.S. Department of Defense. His father was one of these individuals, and he helped design missiles and bombs that were tested at a nearby military facility. While most of the town's residents were scientists who worked for the military, Mark later described many of Ridgecrest's other citizens as "strung-out meth-heads."

Hoppus had a happy upbringing until his parents divorced when he was eight. The emotional impact on the young boy was profound, and he ended up living with his father in Monterey. Unfortunately, Mark did not have the opportunity to spend much time with his father, who spent much of his waking hours studying for an undergraduate degree.

After moving to Monterey, Hoppus started skateboarding and listening to punk rock music. He then moved to Fairfax, Virginia. While attending a high school on the outskirts of Washington, D.C., Mark picked up a bass guitar for the first time and started to teach himself how to play while listening to various artists. During this period, he joined his first bands and started to perform at small venues like house parties and bonfires.

Although Hoppus attended California State University, he quickly realized that college life was not for him. He initially intended to become an English teacher, but he dropped out in the early 90s after his musical career became more lucrative.

Mark's career began in 1992 when he moved to San Diego. Hoppus' sister, who was attending high school in San Diego, had just become friends with Tom DeLonge. The two future founding members of Blink-182 immediately became close friends and played music together in DeLonge's garage. They then recruited drummer Scott Raynor and dubbed their band "Blink." However, an argument with Mark's girlfriend caused him to leave the band.

His departure was brief, as Hoppus was lured back to the band by DeLonge's efforts to record a demo tape. This demo tape helped put their band on the map, and they subsequently started performing their first live shows. A record label soon followed. By 1995, Blink was ready to release their first album: "Cheshire Cat." The album performed strongly as an independently-released effort, and it became especially popular among skaters and punks. 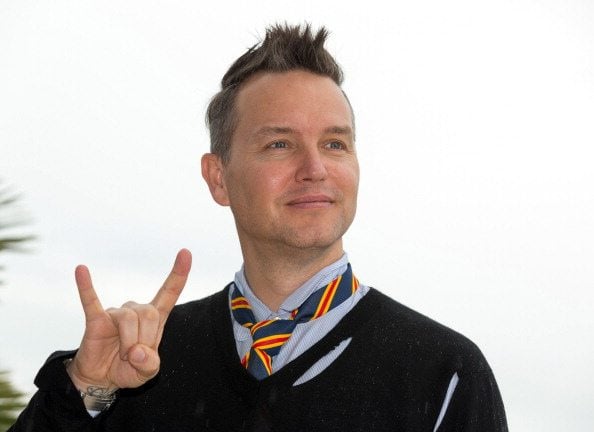 Their second album, "Dude Ranch," was released in 1996, and it contained the smash hit "Dammit." This was the first sign of mainstream success, and this continued as Blink-182 toured throughout the next few years. While on tour, DeLonge and Hoppus fired Scott Raynor and hired Travis Barker. Their place in the mainstream music scene was solidified with the release of "Enema of the State," which was released in 1999. This monumental album contained hits like "All the Small Things" and "What's My Age Again?"

After Blink-182 released the commercially successful album "Take Off Your Pants and Jacket," conflicts began to arise in the band. Mark Hoppus was left out of DeLonge and Barker's side project Box Car Racer, and the group broke up after releasing their fifth album in 2003. Following the breakup, Hoppus turned his attention towards producing. In 2011, the band reunited and released another album. They then toured extensively together. During this period, Hoppus founded a new band called Simple Creatures, and they released their first albums were released in 2019.

Mark Hoppus and Tom DeLonge collaborated on a number of entrepreneurial ventures, including Atticus clothing and Macbeth Footwear. As the years went by, Hoppus sold his stake in these companies.

Mark Hoppus married Skye Everly in 2000, a woman who he had met while on the set of a music video. Everly and Hoppus subsequently welcomed a child into the world.

In 1998, Hoppus invested in a modest property in San Diego after experiencing some early success with Blink-182. He paid $315,000 for the property, and as far as anyone knows, it's still in his possession.

In 2013, it was reported that Mark Hoppus had decided to rent out his Beverly Hills home. This was a smart move, seeing as he was actually living in London at the time. He originally purchased the property back in 2004, paying $3.65 million. After relocating to England, Hoppus and his wife aimed to rent their residence for a fee of $15,000 per month. The residence boasts 3,390 square feet of living space, plus a pool and an outdoor fireplace.

In 2016, Mark ostensibly gave up on his rental plans, preferring to simply list his Beverly Hills home instead. He put a price tag of $10 million on the property, which is located in the chic neighborhood of Trousdale Estates in Beverly Hills. At this point, however, he had moved back to Beverly Hills from London. 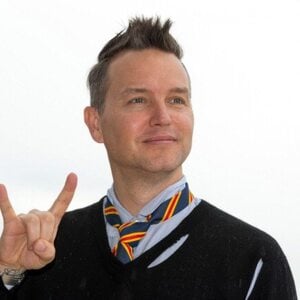