How much is Mark Farner Worth?

Mark Farner Net Worth: Mark Farner is an American singer, guitarist and songwriter who has a net worth of $16 million dollars. Mark Farner was born September 29, 1948 in Flint, Michigan. Best known as the lead singer and lead guitarist for Grand Funk Railroad and later as a contemporary Christian musician, Farner wrote and/or sang Grand Funk Railroad's most famous songs from the majority of their '70s hits: I'm Your Captain (Closer to Home), Bad Time, Footstompin' Music, Rock & Roll Soul, the number one remake of the Little Eva classic The Loco-Motion, a cover of Some Kind of Wonderful. His first recorded work of note was with Terry Knight & the Pack on Lucky Eleven Records, distributed by Cameo/Parkway. After Grand Funk initially disbanded in 1976, Farner released his first self-titled solo album in 1977, and his second No Frills in 1978 (both Atlantic Records). In 1981, Farner and Don Brewer launched a new Grand Funk line-up with bassist Dennis Bellinger and recorded two albums, Grand Funk Lives and What's Funk?. Farner went solo again with 1988's Just Another Injustice on Frontline Records. His third Frontline release was 1991's Some Kind of Wonderful, which featured a revamped version of the Grand Funk classic of the same name. Farner enjoyed success with the John Beland composition Isn't it Amazing, which earned him a Dove Award nomination and reached No. 2 on the Contemporary Christian music charts. In the 1990s, Farner formed Lismark Communications with former Freedom Reader editor Steve Lisuk. Soon after, Farner began reissuing his solo albums on his own record label, LisMark Records. Farner toured with Ringo Starr's Allstars from 1994 to 1995, which also featured Randy Bachman, John Entwistle, Felix Cavaliere, Billy Preston and Starr's son, Zak Starkey. In the late 1990s, Farner reunited with Grand Funk, but left after three years to resume his solo career. He currently tours with his band, N′rG, which plays a mixture of Grand Funk songs and Farner's solo offerings. After eight years of heart troubles, Farner had a pacemaker inserted in 2012. 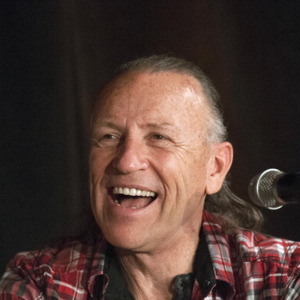