What is Marilyn Manson's Net Worth?

Marilyn Manson is an American singer-songwriter, musician, writer, actor, and artist who has a net worth of $5 million. Known as one of the most controversial musical figures of all time, Manson backs up his reputation with nuanced, thought-provoking music. Three of his albums have gone platinum, while two have earned gold status. During the '90s, Marilyn Manson was subject to widespread media scrutiny for supposedly having a negative influence on young people. Marilyn Manson is also an accomplished visual artist and has experienced considerable success in the acting world.

Marilyn Manson's real name is Brian Hugh Warner, and he was born on January 5th of 1969 in Canton, Ohio. While attending Heritage Christian School, his instructors told him what type of music was ungodly and blasphemous. Sometimes, they would play the types of music they considered "wrong." Upon hearing this type of music, the young Brian Warner fell in love with it.

After graduating from high school in 1987, Warner studied journalism in college. He later interviewed several musicians that were early influences for his own musical career, including Groovie Mann and Trent Reznor. The latter artist, who was a member of Nine Inch Nails, proved to have the most impact on Warner. Reznor later helped Manson create his debut album.

In the late '80s, Brian Warner created his first band alongside his friend Scott Putesky. The duo invented stage names for themselves that were combinations of Hollywood sex symbols and serial killers. Putesky became Daisy Berkowitz, and Brian Warner became Marilyn Manson – a combination of Marilyn Monroe and Charles Manson. The band was eventually called Marilyn Manson as well.

In the early days, Marilyn Manson quickly became banned from playing at certain clubs. In response, the group was hastily renamed and took various other forms, such as "Mrs. Scabtree" and "Satan on Fire."

Trent Reznor eventually took a personal interest in Marilyn Manson and produced their first studio album, Portrait of an American Family. As the band toured with Nine Inch Nails, they quickly developed a massive cult following. This following grew exponentially with the release of their first EP, Smells Like Children. This 1995 EP featured the smash hit "Sweet Dreams (Are Made of This)," a cover of a 1980s hit by the Eurythmics. The music video was featured on MTV, and the band became a global sensation almost overnight.

With increased fame came increased media attention, and Marilyn Manson was soon shrouded in controversy. Republican politicians in America claimed that Smells Like Children contained "pre-packaged nihilism," and that the fate of all human civilization was at stake.

Antichrist Superstar was Marilyn Manson's second album, and it doubled down on accusations of satanism and perversion from various figures. It was also the group's most successful album to date, debuting at number three on the Billboard Top 200. It went on to sell more than 2 million copies in the United States and over 7 million copies worldwide.

However, Antichrist Superstar came at a cost. Heavy drug use created tensions within the band, and founding member Daisy Berkowitz abruptly quit partway through the album's recording. In addition, the group came under increased pressure from several activist groups who even went so far as to protest at the band's concerts. After a fan committed suicide, Marilyn Manson was the subject of a congressional hearing.

Mechanical Animals came next in 1998, and it took the band in a new direction. With Glam Rock influences, Marilyn Manson explored themes of femininity, celebrity culture, and excess. Although the group was without Daisy Berkowitz, the album reached platinum status and received stellar reviews. 2000's Holy Wood was not as successful commercially, but the album was still praised by critics and performed exceptionally well internationally. This album marked a return to the group's industrial metal style. During this time, Marilyn Manson was famously linked to the 1999 Columbine school shooting, although he denied having any influence on the shooters. 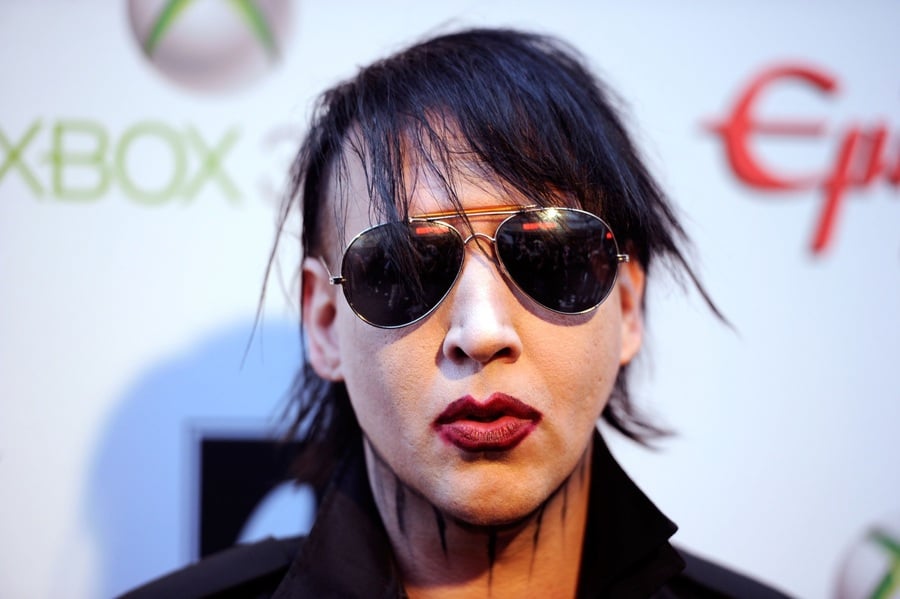 With the rise of the Nu-Metal genre, Marilyn Manson sought to distance himself from the style that he now considered cliche. Because of this, The Golden Age of Grotesque was much more electronic in style compared to previous albums. A number of longtime band members left the band before, during, or after the production of this album – mostly citing creative differences. The album received mixed reviews.

2007's Eat Me, Drink Me represented a return to form for Marilyn Manson, and the album debuted at number eight on the Billboard Top 200. Although the group had fewer band members, they were able to create a distinctive sound that received top reviews. Marilyn Manson's seventh album in 2009 was The High End of Low, and it didn't perform quite as well as the previous entry. Manson was dealing with emotional turmoil as a result of his relationships with Dita Von Teese and Evan Rachel Wood, and the album received mixed reviews.

In 2012, Manson released Born Villain: a return to the basics with an extremely heavy sound. Again, critics gave the album mixed reviews. The Pale Emperor came next in 2015, and critics praised this album as the best one in decades. Not only that, but many publications called it the best album of 2015. Stylistically, the album went in a completely new direction, abandoning Manson's heavy metal origins for a blues and rock vibe. In 2017, Manson continued on this successful streak with the release of Heaven Upside Down: an album with extremely violent lyrics and a hard punk style.

In addition to working on his own albums, Marilyn Manson has featured on tracks by other artists such as DMX and Godhead. He also worked as a producer, most notably for the group Jack Off Jill. Manson has his own record label called Hell, Etc.

As early as the late '90s, Manson was appearing in a range of films and television series. To date, he has amassed an impressive range of credits that include roles on shows like Sons of Anarchy. He has also worked as a director in the past.

Marilyn Manson began his career as a watercolor painter in the late '90s, and his art has been exhibited in various galleries around the world. Manson also created his own brand of absinthe which received positive reviews.

Marilyn Manson has been romantically connected with several women over the course of his career, including Rose McGowan, Dita Von Teese, and Evan Rachel Wood. In addition, Manson is friends with actor Johnny Depp and is the godfather of Depp's daughter, Lily-Rose. 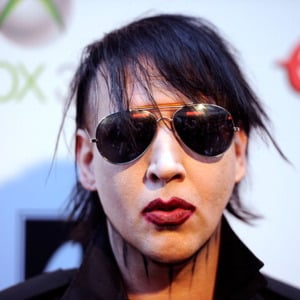