Marcus Miller Net Worth: Marcus Miller is an American jazz composer, production, and musician who has a net worth of $5 million. Marcus Miler was born in Brooklyn, New York in June 1959. As a child he learned to play piano, clarinet, and bass guitar and was writing songs by 13.

At 15 he played bass and wrote music for Bobbi Humphrey and Lonnie Liston Smith. He became a call session musician and has appeared on more than 500 albums by artists such as Michael Jackson, Mariah Carey, Herbie Hancock, Wayne Shorter, Frank Sinatra, Dr. John, Aretha Franklin, Chaka Khan, LL Cool J, and Elton John. Miller spent many years as a sideman and session musician. From 1978 to 1979 he was part of the Saturday Night Live band. He played bass on more than 500 recordings for artists like Billy Idol and Carly Simon. Miller was named Most Valuable Player for studio musicians for three years in a row. He has won Grammy Awards as a producer for Luther Vandross, Miles Davis, Chaka Khan, and more. He also won a Grammy Award for Best R&B Song for Luther Vandross' "Power of Love" in 1992. Miller won a Grammy for Best Contemporary Jazz Album for his album M2 in 2001. He has also scored many films. 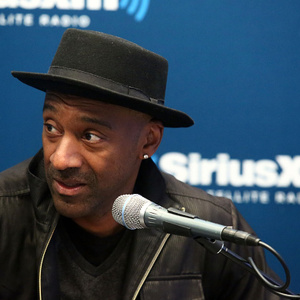