Marc Roberge (O.A.R. singer) Net Worth: Marc Roberge is an American singer who has a net worth of $5 million. Marc Roberge was born October 4, 1978. He is best known as the lead singer for O.A.R. (which stands for Of a Revolution), the concept of a group of 8th graders bent on making music that would change the world. The band consists of lead vocalist/guitarist Marc Roberge, drummer Chris Culos, guitarist Richard On, bassist Benj Gershman, and saxophonist/guitarist Jerry DePizzo. Together the band has released eight studio albums, including their latest release, The Rockville LP, in June 2014. The band is well known for their live shows and extensive summer touring, and have released five records of various live performances to date. Four of the band members grew up in Rockville, Maryland and attended The Ohio State University where they met the fifth member, saxophonist/guitarist Jerry DePizzo from Youngstown, Ohio. Without any formal marketing or advertising plans, the popularity of songs such as That Was a Crazy Game of Poker, City on Down and Night Shift spread by word of mouth alone. Over the years, the band played as many shows as they could, expanding from fraternities and sororities of Ohio State to any audiences that cared to listen. The exposure paid off and their third album, Risen, peaked at No. 44 on the Billboard Independent Albums chart. Their fourth album, In Between Now and Then, peaked at No. 54 on the Billboard 200 Albums chart. In 2005, O.A.R. released their fifth album, Stories of a Stranger, which debuted at No. 40 on the Billboard 200. It produced the singles Love and Memories, Heard the World and Lay Down. Love and Memories was the band's first single to chart and receive significant radio airplay, peaking at No. 30 on the Billboard Modern Rock Tracks chart. In 2008, O.A.R. released their sixth studio album, All Sides, which reached No. 13 on the Billboard 200. The first single, Shattered (Turn the Car Around), became their first entry on the Billboard Hot 100 Singles chart, peaking at No. 36. 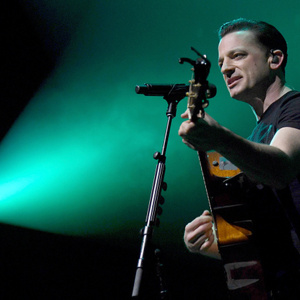