The band is credited with establishing what would become the template for many other Spanish-speaking rock music groups. Maná has topped the all time lists in much of Latin America and in their native Mexico, where they set records in sales and concert attendance. The band released its first album, Falta Amor, in 1990. In 1992, the group released ¿Dónde Jugarán Los Niños?, which reportedly sold more than 8 million copies worldwide and become the best-selling Spanish-language rock album of all time to date. After several lineup changes, the group released Cuando los Ángeles Lloran (1995), which is noted for its stylistic departure from the band's previous work. Maná followed with Sueños Líquidos (1997), Revolución de Amor (2002) and Amar es Combatir (2007). The band's album Drama y Luz was released in April 2011. Maná's sound draws from pop rock, Latin pop, calypso, reggae and ska genres. Maná initially gained international success in Australia and Spain and has since gained popularity and exposure in the United States, Western Europe, Asia and the Middle East. The band has reportedly sold more than 25 million albums worldwide. Past members include: Ulises Calleros, Iván González, Abraham Calleros, César "Vampiro" López, Gustavo Orozco, Sheila Ríos, Juan Carlos Toribio. 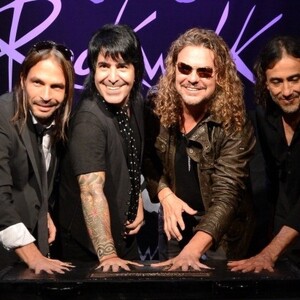