Malcolm Young Net Worth: Malcolm Young was a Scottish-born Australian guitarist best known for being a founder, rhythm guitarist, backing vocalist and songwriter for the hard rock band AC/DC. At the time of his death, Malcolm Young had a net worth of $100 million dollars.

Young was born on January 6, 1953 in Glasgow, Scotland. Young's family emigrated to Australia, settling in Sydney, in 1963. Young founded AC/DC in November 1973 when he was just 20 years old. He soon asked his 18 year old brother Angus to join the group as well. As the rhythm guitarist, Malcolm was responsible for the broad sweep of the band's sound, developing many of the band's guitar riffs and co-writing the band's material with Angus. They began national touring in 1974 with singer Dave Evans. AC/DC relocated to the UK in 1976 and began a heavy schedule of international touring and recording. After the death of lead singer Bon Scott in 1980, they recorded their biggest selling album "Back in Black" with singer Brian Johnson. Over the next four decades, AC/DC would go on to sell more than 200 million albums and would tour packed stadiums regularly around the world. He remained with the band from its November 1973 inception to roughly 2014, minus a brief absence in 1988. In 2003, Young and the other members of AC/DC were inducted into the Rock and Roll Hall of Fame. Unfortunately, late in life Malcolm developed dementia and had to stop performing with the band. He ultimately died on November 18, 2017 at the age of 64. He is survived by his wife Linda Young and their two children, Cara and Ross. 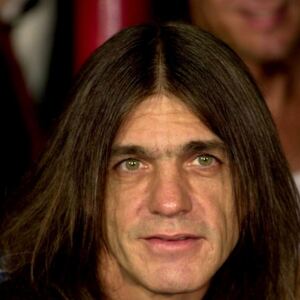