Luke Steele net worth: Luke Steele is an Australian musician, singer, and songwriter who has a net worth of $6 million. Luke Steele was born in Perth, Western Australia in December 1979. He is the primary songwriter and vocalist for the alternative rock band The Sleepy Jackson as well as a member of the electronic duo Empire of the Sun. 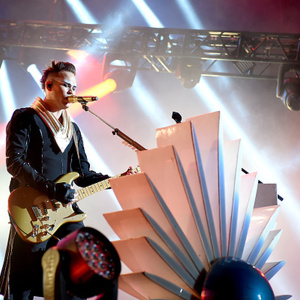