They were sponsored by a local record company Discos Fama, owned by Englishman Art Walker, who took them under his wing and also helped them find jobs and material. The band became locally popular then took off after Jorge Hernández and Art Walker heard a Los Angeles mariachi singer perform a song in the early '70s about a couple of drug runners-Emilio Varela and Camelia la Texana. There had been occasional ballads about the cross-border drug trade ever since prohibition in the '20s, but never anything like this. The song featured a woman smuggler who shoots a man and takes off with the money. After getting permission to record the song, Los Tigres del Norte released Contrabando y Traición (Contraband and Betrayal) in 1974. The song was a hit on both sides of the border, inspiring a series of movies and kicking off one of the most remarkable careers in Spanish-language pop music. Many of Los Tigres del Norte's most popular songs are tales or corridos about life, love and a struggle to survive in an imperfect world. The band modernized this newfound genre of music, infusing it with bolero, cumbia, rock rhythms and waltzes as well as integrating sound effects of machine guns and sirens. Los Tigres del Norte has won five Latin Grammy Awards and sold a reported 32 million records to date. 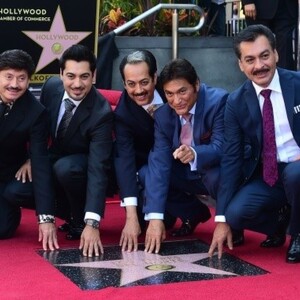