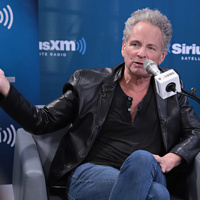 What is Lindsey Buckingham's net worth?

Lindsey Buckingham is an American guitarist, singer, composer and producer who has a net worth of $150 million. That net worth has been reduced to reflect a presumably large settlement with his longtime wife Kristen, who filed for divorce in June 2021 after 21 years of marriage.

Lindsey Buckingham is probably most famous for being the guitarist and male lead-singer for the band Fleetwood Mac. Beyond his time with the group, he has also released a number of solo and live albums. Considered one of the best guitarists of all time, Buckingham was inducted into the Rock and Roll Hall of Fame in 1998.

Lindsey Adams Buckingham was born in 1949 in Palo Alto, California as the youngest of three brothers. He was raised in the community of Atherton, and attended Menlo Atherton High School. Buckingham first started playing music on a toy Mickey Mouse guitar; his parents, noticing his talent, upgraded him to a $35 Donald Duck guitar. When he was 13, Buckingham became interested in folk music, and was particularly influenced by the banjo methods of the Kingston Trio. Between 1966 and 1971, without any formal training, he performed both folk and psychedelic rock with his high school band, serving as a vocalist and bassist. Buckingham later invited his friend Stevie Nicks to join the band as a second vocalist.

In 1972, Buckingham started dating Nicks, and the two recorded a series of demos. They took their recordings to Los Angeles, and in 1973, were signed by Polydor Records. However, in response to poor sales of their debut album, "Buckingham Nicks," Polydor soon dropped the pair from its label.

In 1975, while recording demos at Sound City studio, Buckingham and Nicks were introduced to musician Mick Fleetwood of Fleetwood Mac, who was impressed by their sound. Guitarist Bob Welch had recently left the band, so Fleetwood invited Buckingham to fill his spot. As Buckingham was still attached to Nicks, Fleetwood agreed to hire both musicians without an audition. Buckingham's first album as part of the band, the self-titled "Fleetwood Mac," was a massive success, reaching number one on the American charts. He contributed to the album the songs "Monday Morning" and "I'm So Afraid," and sang lead on "Crystal" and "Blue Letter."

Buckingham followed this success with an even greater triumph in 1977. That year, Fleetwood Mac was launched to superstardom with the release of "Rumours," which became one of the best-selling albums of all time. The lead single, Buckingham's "Go Your Own Way," shot its way into the US Top Ten. The artist also contributed the songs "Second Hand News" and "Never Going Back Again," and sang co-lead on "Don't Stop" and "The Chain." 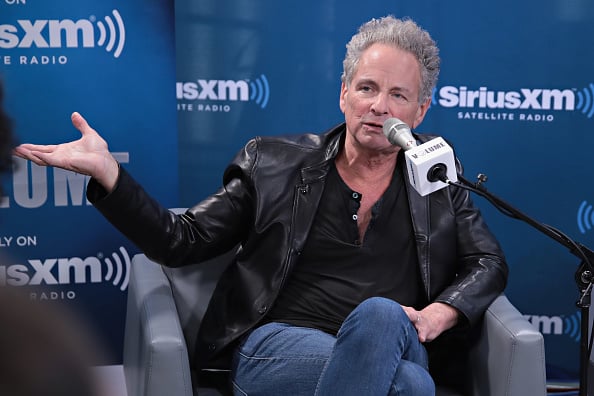 Striving to do something different with their sound, in 1979 Fleetwood Mac released the more experimental album "Tusk." Buckingham primarily directed the album, and also wrote the lead single and title track, which reached number eight on the Billboard Hot 100. Other hit singles from "Tusk" included "Think About Me" and "Sara."

In 1981, during Fleetwood Mac's hiatus from studio recording, Buckingham released his debut solo album, "Law and Order." Buckingham played nearly every instrument on the album, and also invited bandmates Mick Fleetwood and Christine McVie to make guest appearances. "Trouble," the album's lead single, reached number nine on the Billboard Hot 100 and number one in Australia. After regrouping with Fleetwood Mac to record 1982's "Mirage," which returned the band to the top of the American charts, Buckingham continued on with his solo career. In 1984 he released "Go Insane," which spawned a modest hit single with its title track. The artist returned once more to Fleetwood Mac in 1987 for the album "Tango in the Night"; it produced a string of hit singles, becoming the band's biggest commercial success since "Rumours." At this time, however, Buckingham was feeling constrained by being in Fleetwood Mac, and decided to leave the band.

Buckingham released his third solo album, "Out of the Cradle," in 1992; many of its tracks dealt with his relationship with Nicks, and his decision to leave Fleetwood Mac. Around this time, Buckingham began touring as a solo artist, bringing with him a band of seven other guitarists. Later, in 1997, Buckingham was encouraged to briefly regroup with his former bandmates for a reunion tour called "The Dance."

While Buckingham had been working on his fourth solo album, "Gift of Screws," executives at the label persuaded him to hold the album back and instead use some of its tracks for a new album with Fleetwood Mac. This resulted in 2003's "Say You Will," the first Fleetwood Mac studio album in 15 years to include Buckingham and Nicks. Subsequently, Buckingham released his solo albums "Under the Skin" in 2006, "Gift of Screws" in 2008, and "Seeds We Sow" in 2011. He took part in a variety of tours over the following years, both solo and with Fleetwood Mac, including 2012's "One Man Show," 2013's "Live World" tour, and "On with the Show," which took place from 2014 to 2015. Later, following a 2018 performance, Buckingham was fired from Fleetwood Mac due to artistic disagreements.

In October 2018, seven months after being fired from the band, Lindsey filed a lawsuit against the remaining members of Fleetwood Mac. In his lawsuit, he claimed that he was fired without cause and without explanation after agreeing to postpone his own plans for a solo tour and album which had been a conflict. He further asserted that by getting fired he lost out on $12-14 million that he would have earned from a contract with Live Nation for a future tour.

In 2012 Lindsey sold 25% of his music catalog to a company called Kobalt for an estimated $30 million. In September 2020 Kobalt was acquired by Hipgnosis Songs Fund for $323 million. In January 2021, Lindsey agreed to sell his remaining 75% stake in his catalog to Kobalt to Hipgnosis for an undisclosed amount that has been estimated at $60-80 million. The sale gave Hipgnosis 100% of Lindsey's rights to royalties and license fees earned from songs like "Go Your Own Way" and "The Chain".

In 1998, Buckingham had his first son, William Gregory, with photographer and interior designer Kristen Messner. The two married in 2000, and subsequently had daughters Leelee and Stella.

Unfortunately Kristen filed for divorce in June 2021 after 21 years of marriage.

In January 2018, Lindsey Buckingham listed his 11,000 square foot Los Angeles mansion for $22 million. He bought the property in 2013 for $6 million and proceeded to completely remodel the Georgian-style, three story mansion. This house eventually sold for $19 million. The buyer was Disney film executive Dana Walden.

In April 2019 Lindsey listed a different Brentwood mansion for $29.5 million. He and his wife Kristen bought the double lot in 2004 for $6.6 million and proceeded to build a custom 10,000 square foot mansion. They eventually sold this home for $28 million. The buyer was the one-time Vice Chairman of WeWork, Michael Gross.

In June 2022, Lindsey paid $14 million for a home in Brentwood. The seller, mega-producer Lauren Shuler Donner, bought the house just seven months prior for $13 million.