Lil' Kim net worth: Lil' Kim is a New York–born rapper and actress, who has a net worth of $500 thousand. Lil' Kim is notable for being a founding member of rap group Junior M.A.F.I.A. She became a successful solo artist in the late 1990s.

For those who were expecting a higher net worth for Kim, the rapper has experienced some financial stress in recent years. She filed for personal bankruptcy in January 2018 at which point she reported having $2.57 million worth of assets and $4.08 million worth of liabilities. More details on her financial problems later in this article.

Early life: Kimberly Denise Jones—known professionally as Lil' Kim—was born on July 11, 1974 in the Bedford-Stuyvesant neighborhood of Brooklyn, New York. She has one older brother, Christopher.

When Jones was nine years old, her parents—Linwood Jones and Ruby Jones—separated and she was then raised by her father. They had a complicated relationship and Jones was eventually kicked out of the house. She then dropped out of high school and started living on the streets.

This is when teenage Jones met Christopher Wallace—or The Notorious B.I.G. The rap legend became a key figure in her career and they also had a romantic relationship. In 1994, at the age of 19, Jones joined the Brooklyn-based group Junior M.A.F.I.A, which Biggie formed and promoted. It was at this time that Jones assumed the name Lil' Kim.

The group's first album, Conspiracy, was released on August 29, 1995. It was met with mediocre reviews and moderate commercial success—debuting at number eight on the U.S. Billboard 200 chart and selling 69,000 copies in its first week. It was certified gold by the Recording Industry Association of America (RIAA) on December 6, 1995. Conspiracy's three hit singles were "Player's Anthem," "I Need You Tonight," and "Get Money."

Success: Lil' Kim's debut album, Hard Core, was certified double platinum by the RIAA and has sold more than 6 million copies worldwide to date. The album also reached number three on the U.S. R&B chart and number 11 on the Billboard 200 chart.

Her fourth studio album, The Naked Truth, was released in 2005, while she was in federal prison. (She served a one-year prison sentence for lying to a jury about her friends' involvement in a shooting four years prior.) The Naked Truth reached number three on the U.S. R&B chart and number six on the Billboard 200 chart. Lil' Kim's fifth album, 9, came out in 2019.

She was also a featured singer on the 2001 remake of "Lady Marmalade," along with fellow artists Mýa, Pink, and Christina Aguilera. As a single, the song sold over five million copies globally and is one of the highest selling singles of all time.

Over the course of her career, Lil' Kim has won two Billboard Music Awards, a Grammy, three MTV VMAs, and two Soul Train Awards. To date, Lil' Kim has sold more than 15 million albums and 30 million singles worldwide as a solo artist.

In 2009, Lil' Kim was a contestant on the eighth season of ABC's reality television series Dancing with the Stars. Her partner was Derek Hough and the pair came in fifth place when they were eliminated from the dance competition on May 5, 2009. 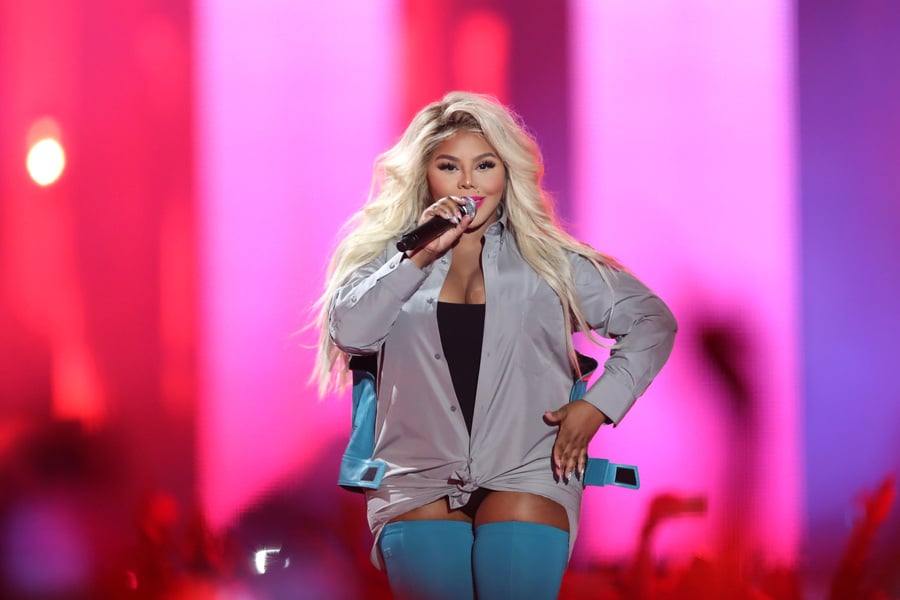 Personal life: Lil' Kim had an on-again, off-again relationship with Christopher Wallace, or the Notorious B.I.G., up until his death in 1997.

During the recording of her debut album, she became pregnant with Wallace's child, but ultimately decided to terminate the pregnancy. She revealed this years later, during a 1999 interview with The Source: "I already knew the kind of relationship that Biggie and I had, and I knew that [having a child] was something that couldn't take place…" In 2017, Lil' Kim admitted her relationship with Wallace was "very violent." 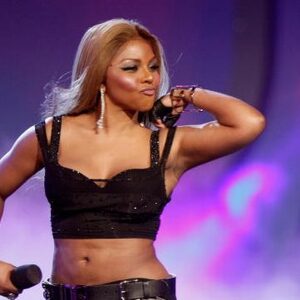