Levon Helm net worth: Levon Helm was an American musician and actor who had a net worth of $12 million. Levon Helm was born in Elaine, Arkansas in May 1940 and passed away in April 2012. He was the drummer and lead vocalist for the Band. The Band formed in Toronto, Canada in 1968 and broke up in 1977 before reforming from 1983 to 1999. Their debut studio album Music from Big Pink was released in 1968. The Band's second self-titled album was released in 1969 and was certified Platinum in the US where it reached #9 and also reached #2 in Canada. The Band released 10 studio albums and two more with Bob Dylan including Planet Waves in 1974 which reached #1 in the US and Canada. As a solo artist Helm released six studio albums. He lost his singing voice to throat cancer but regained it later on. He was named as one of Rolling Stone magazine's 100 Greatest Singers of All Time and won three Grammy Awards for his solo work. As an actor Helm starred in the movies Coal Miner's Daughter, The Right Stuff, and Shooter. Levon Helm passed away on April 19, 2012 at 71 years old from cancer.

Levon and The Band bandmate Robbie Robertson had a falling out later in life after Robbie maintained full songwriting credit for most of their most popular songs. Levon felt the songs were collaborative works and songwriting should have been shared. By receiving full credit, Robbie to this day receives the lion's share of The Band's royalties. 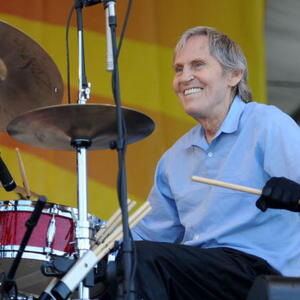