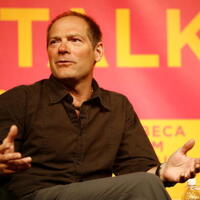 Les Stroud is a Canadian musician, filmmaker and survival expert who has a net worth of $5.5 million. Stroud gained his net worth primarily as the creator of the television series Survivorman. Before becoming a survival expert, Stroud was involved in the music industry for several years, working as an associate producer for MuchMusic, a music channel based in Toronto. He was also a songwriter for the band New Regime. For his contribution in music, Stroud received the Best Acoustic/Best Folk Act, Best Blues Act and Best Overall award at the Spirit of the North music festival. Stroud's transition to become a survival expert came after marrying Susan Jamison in the mid-nineties. After having a year-long honeymoon in the Canadian bushes, the couple set up a media company Wilderness Spirit Productions. For the Discovery channel, Stroud produced a couple of popular survival programmes called One Week in the Wilderness and Winter in Wilderness. This led the development of Survivorman in 2004. Stroud is the producer, director and cameraman for the survival show. Stroud has also produced other notable survival programs, including Off the Grid with Les Stroud (2006) and a 50 minute-documentary, Snowshoes and Solitude, which was named the Best Documentary at the Muskoka Festival. In 2010, Stroud produced a children TV show, Survive This, for Cartoon Network and Beyond Survival with Les Stroud, a follow-up to Survivorman.