Les Paul net worth: Les Paul was an American guitarist, songwriter, inventor, and luthier who had a net worth of $10 million. Les Paul was born in Waukesha, Wisconsin in June 1915 and passed away in August 2009. He helped to pioneer the solid-body electric guitar which was essential for the sound of rock and roll. Paul was self-taught on the guitar and had careers in rock music and country music. He helped master the sounds of overdubbing (sound on sound), delay effects (tape delay and phasing effects), and multitrack recording. Paul and his wife Mary Ford sold millions of records. He has a stand-alone exhibit at the Rock and Roll Hall of Fame. He is the only person who has been inducted into both the National Inventors Hall of Fame and the Rock and Roll Hall of Fame. He is the inspiration behind the Gibson Les Paul guitar. Paul released many albums and had #1 singles with the songs "It's Been a Long, Long Time" (with Bing Crosby), "How High the Moon", and "Vaya Con Dios". Les Paul passed away on August 12, 2009 at 94 years old. 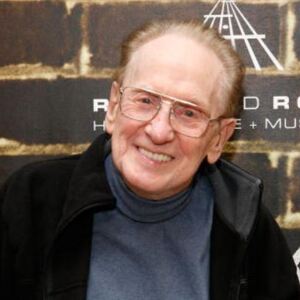