What is Les Claypool's Net Worth?

Les Claypool is an American musician and writer who has a net worth of $8 million dollars. He is best known as the bass player and lead vocalist of the band Primus. Primus has released seven studio albums and has been nominated for two Grammy Awards. He has made guest appearances with Tom Waits, Metallica, Kenny Wayne Shepherd Band, Limp Bizkit, Gov't Mule, and Hank Williams III. Claypool is known for his various bass guitar playing styles such as slap bass.

Leslie Edward Claypool was born in Richmond, California on September 29, 1963. Growing up in El Sobrante, California, in a family full of auto mechanics, he started playing the bass at the age of 14. He was a fan of Led Zeppelin, the Beatles, and Rush from a young age. His first performance on stage was in his high school's cafeteria, playing with a band called Blind Illusion.

In high school, Les was friends with Kirk Hammett of eventual Metallica fame. Claypool auditioned for Metallica in 1986 after the sudden death of bassist Cliff Burton in a tour bus accident in Copenhagen, but it did not work out. Before he formed the band Primus, Claypool worked briefly as a carpenter.

He formed the band Primus which was originally called Primate in 1984. When he started Primate, it was just Claypool and a drum machine. He was then joined by a friend on guitar and a rotating list of guest drummers before they became Primus in 1988. Claypool has long been considered the leader of the band and the one who influenced the band to incorporate funk into other genres.

Primus began to receive significant mainstream attention and airplay in 1989 and quickly gained a reputation as being a "weird band," particularly after the release of their third album "Pork Soda" in 1993. It cracked the U.S. top ten shortly after its release. The band headlined Lollapalooza in 1993 and played at Woodstock '94. Primus played on both "Late Night with Conan O'Brien" and the "Late Show with David Letterman " in 1995. The band went on hiatus in 2000 but reunited in mid-2003. In October 2003, Primus went on a two-month tour in which two sets were performed per show. They toured into 2004 and released the DVD "Hallucino-Genetics: Live 2004." Their first greatest hits album, "They Can't All Be Zingers." was released on October 17, 2006, followed up by a tour called "Primus: The Beat a Dead Horse Tour 2006." The band resumed touring in 2008 and after a small change in lineup, they toured in 2010 and released a studio album "Green Naugahyde" in 2011. Their eighth studio album, "Primus & The Chocolate Factory with Fungi Ensemble," was released in October 2014. The band released "The Desaturating Seven" in 2017 and began a tour with Mastodon in 2018.

In pop culture, Primus were featured in the movie Bill and Ted's Bogus Journey. They also recorded the theme song for the hit show "South Park" in 1997, and the theme song has remained unchanged as of 2021. Primus's song "Jerry Was a Race Car Driver" was used in 1999 in the video game "Tony Hawk's Pro Skater." 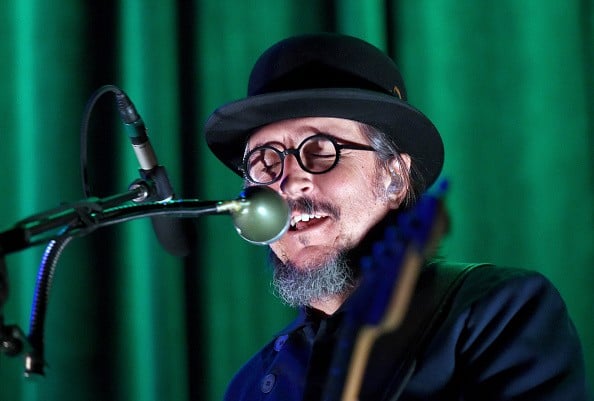 Claypool has released several solo albums and has been a part of bands Oysterhead, Colonel Claypool's Bucket of Bernie Brains, Blind Illusion, Sausage, and Duo de Twang. Claypool produced, engineered, and released his first solo album in 1996 called "Les Claypool and the Holy Mackerel Presents: Highball with the Devil." Along with the vocals, he also played bass, drums, and guitar on most tracks. Claypool in May 2000 formed Les Claypool's Fearless Flying Frog Brigade. The Frog Brigade released an album in 2002, "Purple Onion."

Claypool's next solo album came in 2006 with "Of Whales and Woe," which includes the song "Robot Chicken." The release of the album came with a tour of the U.S. with the lineup of Claypool and a supporting band made up of Mike Dillon, Sherik, Gabby La La, and Paulo Baldi. Claypool called the lineup "Les Claypool's Fancy Band," and they embarked on tours in 2006 and 2007. During 2008, Claypool toured solo and with Primus. He released another solo album called "Of Fungi and Foe" on March 17, 2009. Claypool also composed several songs for the Wii game "Mushroom Men." He went on tour with Matisyahu and the English trio HOT HEAD SHOW in 2010.

In 2016, Claypool formed a collaboration with Sean Lennon called The Claypool Lennon Delirium. They made their debut at Bonnaroo that year to much fanfare. They released their debut album "Monolith of Phobos" in June 2016 and released a second album, "South of Reality," in February 2019. Cincinnati mayor John Cranley, in June 2018, declared a "Les Claypool Day" and the declaration was presented to Les during the Primus show that night at the Riverbend Music Center.

He released a film called Electric Apricot: Quest for Festeroo in 2006. The feature-length film is a spoof of a fake jam band, a mockumentary in the style of "This Is Spinal Tap." The fake group performed mock shows around the California area for footage for the film, which debuted on March 15, 2006 after being shown at various film festivals that spring. He is an avid fly fisher and started Claypool Cellars which makes wine with grapes grown in the Russian River Valley. The wines at Claypool Cellars have names inspired by his music, for example, "Pink Platypus." Claypool also served as a judge for the 7th annual Independent Music Awards.

Les has been married to his wife Cheney Claypool since 1995. They have two children together. In his personal life, Claypool is known for his vocal support of legalized cannabis use as well as for his unique and boisterous sense of humor. 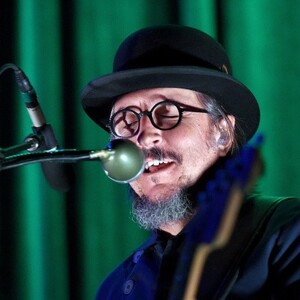