LeRoi Moore net worth: LeRoi Moore was an American saxophonist who had a net worth of $40 million. LeRoi Moore was born in Durham, North Carolina in September 1961 and passed away in August 2008. He was best known for being a founding member of the Dave Matthews Band where he wrote songs and arranged music in addition to playing the saxophone.

Dave Matthews Band formed in 1991 and released their debut studio album Under the Table and Dreaming in 1994. The album reached #11 on the Billboard 200 chart and was certified 6x Platinum. Their second studio album Crash was released in 1996 and reached #2 on the Billboard 200 chart and was certified 7x Platinum. Dave Matthews Band's albums Before These Crowded Streets in 1998, Everyday in 2001, Busted Stuff in 2002, Stand Up in 2005, and Big Whiskey & the GrooGrux King in 2009. The band has success with the singles "What Would You Say", "Ants Marching", "Satellite", "Too Much", "So Much to Say", "Crash into Me", "Don't Drink the Water", "Stay (Wasting Time)", "Crush", "I Did It", "The Space Between", "Everyday", "Where Are You Going", "Grey Street", and "American Baby". LeRoi Moore passed away on August 19, 2008 at 46 years old from pneumonia after complications from an ATV accident. 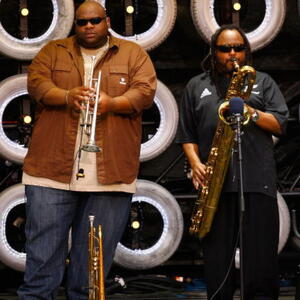