Lenny Kravitz Net Worth: Lenny Kravitz is a Grammy-winning American singer, songwriter, musician, actor, and record producer who has a net worth of $80 million. Kravitz has released 11 studio albums, selling more than 40 million copies, and his debut album, 1989's "Let Love Rule," went Gold in several countries, including the U.S. "Are You Gonna Go My Way" (1993) and "5" (1998) were both certified 2x Platinum, and his 1991 single "It Ain't Over 'til It's Over" peaked at #2 on the "Billboard" Hot 100 chart. Lenny has also appeared in several film and television projects, such as "Precious" (2009), "The Hunger Games" (2012), and the FX series "Better Things" (2016). In 2011, Kravitz accepted France's highest honor, becoming an Officer of the Ordre des Arts et des Lettres.

Early Life: Lenny Kravitz was born Leonard Albert Kravitz on May 26, 1964, in New York City. His mother, Roxie Roker, was an actress best known for "The Jeffersons," and his father, Sy, was a news producer for NBC. Lenny is also a second cousin of beloved TV weatherman Al Roker. Kravitz's mother and father came from Christian and Jewish families, respectively, but he wasn't religious until age 13, when he began going to church; he later decided to become a non-denominational Christian. Lenny began using pots and pans as drums when he was 3 years old, and by the time he was 5, he had already decided that he wanted to grow up to be a musician. During his youth, he played drums and guitar and enjoyed listening to jazz, R&B, blues, and gospel.

Lenny studied at P.S. 6 elementary school in Manhattan, then the family moved to Los Angeles after Roxie was cast on "The Jeffersons." Kravitz spent three years in the California Boys Choir, and he performed with the Metropolitan Opera. He later began listening to rock bands, such as Led Zeppelin, The Rolling Stones, and Pink Floyd. Lenny attended Beverly Hills High School with future stars Slash and Nicolas Cage, and he began playing bass and piano. After graduating in 1982, Kravitz went on the road, performing under the name "Romeo Blue."

Music Career: Lenny began recording his first full-length album in the mid-1980s, with financial help from his father. He collaborated with keyboardist/bassist/recording engineer Henry Hirsch and saxophonist Karl Denson, and his friend Stephen Elvis Smith began managing him and got five record labels fighting over Kravitz. Lenny signed with Virgin Records in January 1989, and the album "Let Love Rule" was released in September of that year. In 1990, he co-wrote and produced Madonna's "Justify My Love," which was a #1 hit. In 1991, Kravitz released the album "Mama Said," and it went Platinum in five countries. In 1993, he performed on tracks by Mick Jagger and David Bowie and released his third album, "Are You Gonna Go My Way, " which reached #1 on the charts in Canada, Australia, Switzerland, and the U.K. Lenny released "Circus" in 1995 and "5" in 1998, and the single "Fly Away" earned him his first Grammy in 1999. The following year, he won a Grammy for his cover of The Guess Who's "American Woman," which he recorded for the "Austin Powers: The Spy Who Shagged Me" soundtrack. 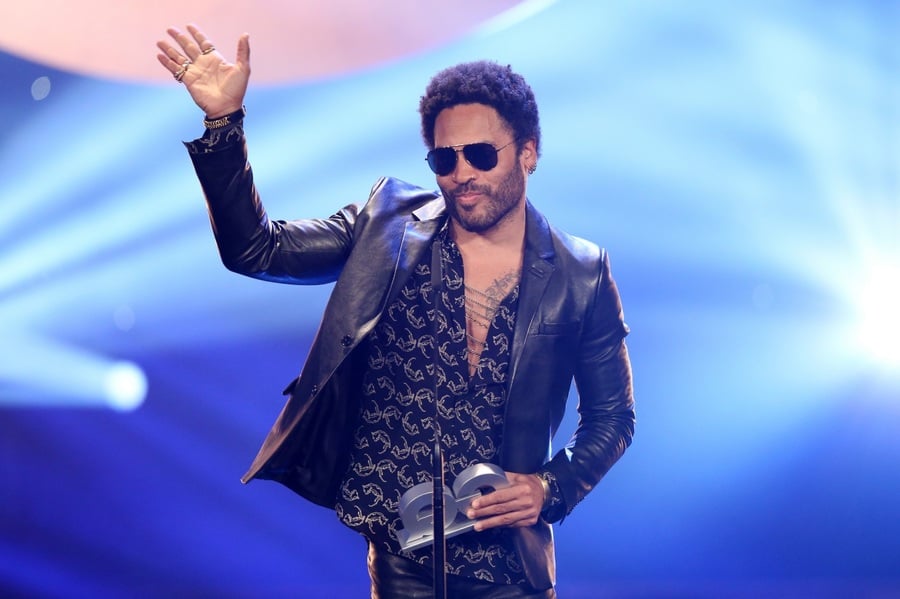 Other Work: In 2003, Lenny founded Kravitz Design Inc., which is involved in residential and commercial design. In 2017, a Hollywood Hills home with interiors designed by Kravitz went on the market for $38 million. Lenny has designed two cameras for Leica, and in 2019, an exhibition of his photos took place at the Leica Gallery in Germany. Kravitz has also had a successful acting career, earning award nominations for his performance in "Precious" and "The Hunger Games." He also appeared in "The Hunger Games: Catching Fire" (2013) and "The Butler" (2013) and had cameos as himself in "Zoolander" (2001), "Zoolander 2" (2016), and "The Diving Bell and the Butterfly" (2007). In 2016, Lenny had a recurring role as Roland Crane on the Fox series "Star."

Personal Life: Lenny met actress Lisa Bonet at a New Edition concert in 1985, and they began dating after two years of friendship. Kravitz moved in with Bonet in NYC, and they married in Las Vegas on November 16, 1987. The couple welcomed daughter Zoë on December 1, 1988, and she grew up to be a successful actress. Lenny and Lisa divorced in 1993 but have remained good friends. Kravitz has also dated singer Vanessa Paradis, and in the early 2000s, he was engaged to model Adriana Lima and actress Nicole Kidman, who would later co-star with Zoë on HBO's "Big Little Lies." In different periods of his life, Lenny has followed a vegetarian, vegan, and raw food diet. He's a member of the charitable organization Artists Against Racism and has supported Amnesty International, Rock the Vote, and Zero Hunger. Kravitz also formed his own charity, the Let Love Rule Foundation.

Awards and Honors: Kravitz has been nominated for nine Grammys, winning Best Male Rock Vocal Performance in 1999, 2000, 2001, and 2002. In 1993, he won an MTV Video Music Award for Best Male Video for "Are You Gonna Go My Way?," and the following year, he won a Brit Award for International Male Solo Artist. Lenny has also earned awards from the Billboard Music Video Awards, Blockbuster Entertainment Awards, American Music Awards, ASCAP Pop Awards, and the UK Music Video Awards. He was named Most Fashionable Artist, Male at the VH1/Vogue Fashion Awards in 1998, and in 2009, he shared a Boston Society of Film Critics Award and a Black Reel Award with his "Precious" castmates in 2009; the Black Reel Awards also nominated Kravitz for Best Supporting Actor. 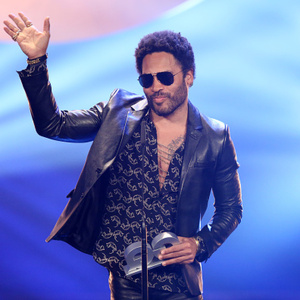