Lawrence Welk Net Worth: Lawrence Welk was an American musician, bandleader, and television personality who had a net worth of $150 million at the time of his death in 1992. That's the same as around $277 million in today's dollars. Lawrence Welk passed away on May 17, 1992, at the age of 89. And while he earned his first fortune in the entertainment business, Welk's major financial success came later in life from real estate investments.

During his career, he hosted popular radio and television programs and popularized what became known as "Champagne Music." "The Lawrence Welk Show" still stands as one of the longest-running television shows of all time. It aired locally in LA from 1951 to 1955, then was syndicated nationally for 16 years through 1971. The show continued running through first-run syndication from 1971 to 1982. Welk was known for starting his performances with the now-famous line "ah-one an' ah-two."

At his peak, Lawrence was one of the highest-paid entertainers on the planet, earning millions in annual income. In the 1970s he was frequently referred to as the second-richest person in show business, behind only Bob Hope. For perspective, in the 1980s Forbes estimated Bob Hope's net worth at $85 million. At the time Hope died in 2003 he was worth $115 – $150 million. That's the same as $160-260 million in today's dollars. Welk was worth at least $150 million at the time he died in 1992, so it's possible he was actually the richest person in show business at the time.

Early Life: Lawrence Welk was born in Strasburg, North Dakota on March 11, 1903. He was the sixth of eight children born to German-speaking immigrants who emigrated from what is now Ukraine in 1892. Lawrence only spoke German and did not learn English until he was in his 20. Before building a proper home structure, the family spent their first North Dakota winter living in an upturned wagon that was covered in sod to keep the warmth in and the cold out. Lawrence left school in the middle of the fourth grade to help out on the family farm.

At night, his father would teach him how to play the accordion. And despite their modest means, after deciding to pursue a career in music Lawrence somehow convinced his father to buy a mail-order accordion of his own for $400. Spending $400 at this point in time would be like spending over $5,000 today. Lawrence repaid his father the full amount through farm work and other side jobs.

On his 21st birthday Lawrence, having repaid his debt in full, left the family to pursue his dream. Throughout the 1920s he performed in a number of bands before forming his own orchestra. Soon "The Lawrence Welk Band" was hired as the station band for a popular radio station in Yankton, South Dakota. He landed his own daily radio show in 1927. The show earned Welk a low-level of fame and regular gigs throughout neighboring states and even the mid-west. The radio show ran from 1927 to 1936.

Throughout the 1940s, Welk and his band traveled the country, regularly performing for thousands. In 1951 Lawrence settled in Los Angeles where he soon began producing and starring in "The Lawrence Welk Show" which aired locally-only on KTLA. The show was broadcast from the Aragon Ballroom in Venice Beach. In 1955 ABC decided to nationally syndicate the show across its national network of stations.

Unlike pretty much all other shows at the time, he rejected both cigarette and beer sponsors and would not hire comedians to entertain because he did not want any off-color sentiment.

In 1971 ABC ended its 16 year run of his program after advertisers complained its audience was too old. In response to the cancellation, ABC received more than one million letters, telegrams, and phone calls.

Welk was ranked #43 on TV Guide's 50 Greatest TV Stars of All Time in 1996. Some of his best-known songs include "Tonight You Belong to Me," "Last Date," "Theme From My Three Sons," "Yellow Bird," "Riders in the Sky," "Runaway," "Baby Elephant Walk," "Blue Velvet, "Apples and Bananas," "The Beat Goes On," and "Green Tambourine." Welk had a #1 song on the Billboard Hot 100 singles chart in 1961 with "Calcutta," the only tango-based recording to reach #1 on that chart.

For many years, viewing Welk's band live was the second-most-popular tourist attraction in Los Angeles, behind only Disneyland.

Welk authored seven books and was awarded four U.S, design patents. Welk received two stars on the Hollywood Walk of Fame in 1960: one for Television at 1601 Vine Street and another for Recording at 6613 Hollywood Blvd.

Personal Life: Lawrence died on May 17, 1992, at the age of 89. At the time of his death, he was survived his wife since 1931, Fern Veronica Renner, three children, 10 grandchildren, and one great-grandchild.

Wealth: By the early 1970s, Lawrence Welk was earning north of $3 million per year from his program, royalties, and performances. That's the same as earning $20 million per year today. Not one to simply bank the cash, Welk invested heavily in real estate.

After growing up in the freezing cold North Dakota, Welk was particularly taken by ocean views and therefore bought several undeveloped parcels in cities like Santa Monica. He was the general partner in a commercial real estate venture that built what is today the tallest building in Santa Monica, a 21-story tower located at 100 Wilshire Boulevard. A Japanese conglomerate called Asahi Urban bought the building in 1987 for $73 million. In 1999 the building was acquired by Douglas Emmett Realty Advisors for $90 million.

He also built the 16-story luxury residential "Lawrence Welk Champagne Towers" immediately next door at 1221 Ocean Avenue AND the 11-story office complex next door to that at 1299 Ocean which is known today as "The Wilshire Palisades". The Plaza between the complexes is known today as "Lawrence Welk Plaza". Lawrence's personal residence was the penthouse at 1221 Ocean.

In 1964, through his production company Teleklew ("Welk" backward = "klew"), Lawrence began developing a resort-like property on 1,000 acres in Escondido, California. In 1979 Teleklew spent $12 million upgrading the property from a small mobile home park to a resort-and-retirement complex that featured 450 mobile homes, a hotel/restaurant, shopping, a museum, and a golf course. A reported 40,000 people visited the property each month at its peak. 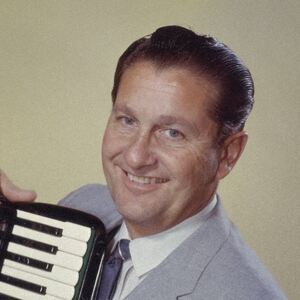