What is Larry Mullen Jr.'s Net Worth?

Larry Mullen Jr. is a musician and actor, best known as the co-founder and drummer of the Irish rock band U2. Larry Mullen Jr. has a net worth of $350 million. He has recorded multiple albums with the band, selling millions of copies worldwide and winning over 20 Grammy Awards. Beyond U2 and his other music collaborations, Mullen has acted in a few films, including "Man on the Train" and "A Thousand Times Good Night."

Larry Mullen Jr. was born on October 31, 1961 in the Artane area of Dublin, Ireland. He is the middle child and only son of Maureen, a homemaker, and Lawrence Sr., who worked as a civil servant. Mullen's sisters are Cecilia and Mary, the latter of whom passed away in 1973.

At the age of eight, Mullen went to the School of Music in Chatham Row to study piano. He subsequently took up drumming, studying under the instruction of Joe Bonnie, and then under the instruction of Bonnie's daughter Monica. For his primary education, Mullen attended Scoil Colmcille, a Roman Catholic boys' school in Donegal County. Later, he went to Mount Temple Comprehensive School, Ireland's first interdenominational school.

At the encouragement of his father, Mullen joined the Artane Boys Band, a marching band for young musicians. However, upon being asked to cut his shoulder-length hair, he quit the band after three weeks. Mullen went on to purchase a drum kit, and practiced in his bedroom. He subsequently joined the Post Office Workers Band, which specialized in orchestral melodies and percussion. Mullen would later work with his sister Cecilia at an oil exploration company, where he was involved in the purchasing department.

In 1976, Mullen co-founded the rock band U2 in his kitchen in Artane. The group's first meeting included Paul "Bono" Hewson, Adam Clayton, David "The Edge" Evans and his brother Dik, and Mullen's friends Peter Martin and Ivan McCormick. After the latter two left, the band decided to take the name Feedback. They then switched to The Hype before settling on U2 for a talent contest in Limerick in 1978. Following the competition, the band dropped Dik, leaving them with a four-person lineup.

U2 soon signed with Island Records, and released its debut album, "Boy," in 1980. This was followed in 1981 by "October," and then in 1983 by the band's first number-one album in the UK, "War." By the mid 80s, U2 had become globally renowned for its life performances. The group went on to achieve its greatest fame yet with the 1987 album "The Joshua Tree," which topped music charts around the globe.

Struggling with creative stagnation and a mixed reception to their double album "Rattle and Hum" in 1988, the members of U2 decided to reinvent themselves. Starting with their acclaimed 1991 album "Achtung Baby," they went for a new musical direction influenced by electronic dance, alternative rock, and industrial music. This led to their ninth album, "Pop," in 1997. Subsequently, U2 pursued a more conventional sound with the albums "All That You Can't Leave Behind" and "How to Dismantle an Atomic Bomb." Later albums have included "Songs of Innocence" and "Songs of Experience," the former of which drew criticism for its automatic, no-cost release through the iTunes Store. 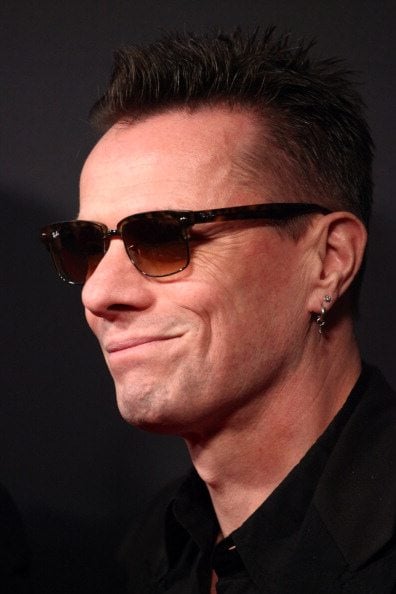 Much of Mullen's drumming style is owed to his experiences in marching bands in his adolescence. This influence can be prominently heard in the militaristic percussive beats of songs such as "Sunday Bloody Sunday." In terms of his technique, Mullen often moves from the snare drum to the tom-toms that he has on either side of him, and uses a floor tom to create a bass drum effect. Additionally, his kit includes a tambourine mounted on a cymbal stand.

Due to his problems with tendinitis, Mullen uses specially designed Pro-Mark drumsticks to ease his pain. He also uses Yamaha drums and Paiste cymbals. In addition to his drumming, Mullen has contributed backing vocals to a number of U2 songs, including "Numb," "Moment of Surrender," "Elevation," and "Zoo Station."

Beyond U2, Mullen has had a number of other music projects throughout his career. He contributed to U2 producer Daniel Lanois' debut album "Acadie" in 1989, and co-wrote and arranged the Irish national football team song "Put 'Em Under Pressure" for the FIFA World Cup in 1990. Mullen has also frequently collaborated with U2 band mate Adam Clayton, performing alongside Mike Mills and Michael Stipe at the inauguration ball for US president Bill Clinton. Mullen and Clayton went on to contribute to Nanci Griffith's 1994 album "Flyer," as well as to the soundtrack of the 1996 film "Mission: Impossible." Among Mullen's other collaborations, he played drums on several songs on Emmylou Harris' album "Wrecking Ball," and was a guest performer on Alice Cooper's 2017 album "Paranormal."

On top of his music, Mullen has appeared in a few movies. He made his debut in the film "Entropy," playing himself alongside his band mate Bono. In 2011, he had a leading role in the crime drama "Man on the Train," costarring Donald Sutherland. A couple years later, he appeared opposite Juliette Binoche and Nikolaj Coster-Waldau in the drama "A Thousand Times Good Night."

While attending Mount Temple Comprehensive School, Mullen met his partner Ann Acheson. The two have been together ever since, and have three children. Like his U2 band mates, Mullen owns a house in Southern France.