Larry LaLonde net worth: Larry LaLonde is an American musician who has a net worth of $7 million. Larry LaLonde was born in Oakland, California in September 1968. He is best known for being the guitarist for the band Primus since 1989. LaLonde has also played guitar for the bands Possessed, No Forcefield, Blind Illusion, and a Frank Zappa tribute band called Caca. He has also collaborated with artists including Tom Waits and Serj Tankian. As a member of Primus he has played on the albums Frizzle Fry, Sailing the Seas of Cheese, Pork Soda, Tales from the Punchbowl, Brown Album, Antipop, Green Naugahyde, and Primus & the Chocolate Factory with the Fungi Ensemble. LaLonde has also played on the albums Seven Churches, Beyond the Gates, and The Eyes of Horror with Possessed, The Sane Asylum with Blind Illusion, Cheese-It with Corrupted Morals, Mule Variations, Jack Kerouac Reads On the Road, and Orphans: Brawlers, Bawlers & Bastards with Tom Waits and more. LaLonde's wife Shane Stirling was a model on the TV series The Price Is Right. 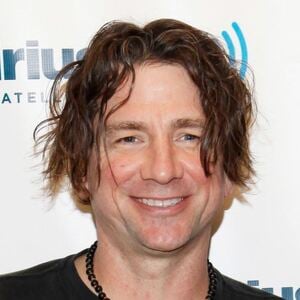