Larry Graham net worth: Larry Graham is an American bass player who has a net worth of $3 million. He is best known for playing with the psychedelic soul/funk band called Sly and the Family Stone, and he is also the founder and frontman of Graham Central Station. He is credited with inventing the slapping technique that expanded the tonal palette of a bass guitar. Graham developed this skill in his teens and pioneered the art of slap-pop playing to provide percussive and rhythmic elements, when his mother's band lacked a drummer. He was born in Beaumont, Texas on August 14, 1946 but was raised in Oakland, California. At the age of 11, his father gave him his guitar since he was not going to perform anymore, and Larry taught himself to play. By 13, he recorded his first record and in his teens he had mastered a number of instruments including the drums, piano, guitar, bass, and harmonica. At 15, he joined his mother's band, and when she turned the band into a duo that included her and her son, his technique of thumping and plucking the strings of was born. By 1966, he was playing with the band Sly and the Family Stone and the band released a number of hit singles including "Dance to the Music" and "Everbody is a Star." In the early 70's, Graham left the band and started to produce a band named Hot Chocolate which he eventually joined and renamed Graham Central Station. In 1993, Larry was inducted into the Rock and Roll Hall of Fame as a member of Sly and the Family Stone, and he continues to achieve success and notoriety for his unique style and incredible music ability. He remains very involved in his volunteer work as a Jehovah's Witness, which he has done since 1975, and continues to perform at international venues both as a solo performer and with Graham Central Station. Graham is the father of singer/songwriter and producer, Darric Graham, and is the uncle of Canadian rapper and actor, Aubrey Graham (aka Drake). 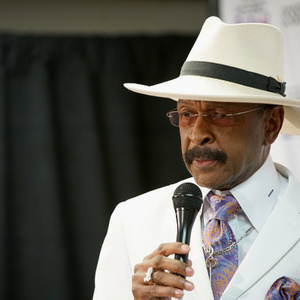